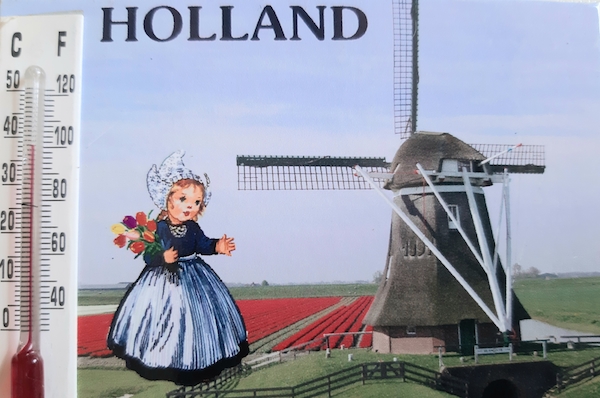 The heatwave set a new record in the Netherlands on Wednesday, with the temperature hitting 39.2 Celsius at the Gilze-Rijen weather station near Breda.

The previous record of 38.6 Celsius was set 75 years ago.

The record high temperatures are due to a combination of sunshine, warm air from the south and little evaporation, NOS weatherman Peter Kuipers Munneke said.

‘Another important element is the fact that the Netherlands is becoming warmer,’ he said. ‘It was only a question of time before the record was broken.’

The heatwave is expected to intensify on Thursday and could break Wednesday’s new record, weather forecasters say.

Friday will also be hot and sunny, with temperatures reaching 35 degrees in the south, but the weekend will be cooler, with thunderstorms, the KNMI weather bureau said.

Next week too it will be hot, with temperatures in the high 20s, with some cloud and a 30% chance of rain.

At Amsterdam’s Schiphol airport the taxi runways are being sprayed with water to keep the tarmac cool and stop it from melting.

In Amsterdam a number of bridges have been closed until Friday evening to stop the metal warping in the heat. Others are being sprayed with water to keep them cool.

And elsewhere gritting lorries are out in force to try to stop the tarmac melting.

Meanwhile, the public health institute RIVM says there is a risk of heavy smog in the Netherlands because of the heat and the wind from Germany’s industrial Ruhr district.

Experts say the European smog alarm level could be reached on Thursday which would be ‘an extraordinary situation,’ air quality researcher Maarten Krol told the Parool newspaper.

If the European alarm level is reached, the government will bring in emergency measures, such as reducing motorway maximum speeds or by asking industry to shut down.

However, given that the heatwave is not set to continue for longer, this is unlikely to happen, Krol told the paper.