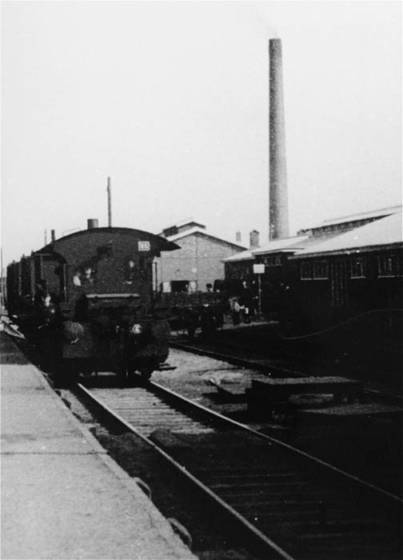 State-owned Dutch railway service the NS will pay “tens of millions” to individuals for transporting some 100,000 people on their way to death camps for the Nazis in World War II.

In a press conference on Wednesday evening, a special commission recommended the railway should make a payout that will total at least €35 million to around 6,000 survivors or next of kin.

The NS was commissioned by the Nazis to run special trains to Westerbork, Vught and Amerfoort, full of Jewish, Roma and Sinti people being transported to concentration and death camps. It is estimated to have been paid some €2.5 million for this – something it describes as “a black page” in its history.

Now, after a three-year battle from 83-year-old Holocaust survivor Salo Muller, a commission set up by the NS has recommended that it makes individual payments: €15,000 to each direct survivor, €7,500 to widows or widowers and €5,000 or €7,500 to children of the victims. There are estimated to be 500 survivors and 5,500 nearest next of kin.

Roger van Boxtel, chief executive of the NS, said in a press conference that the company will honour these recommendations. “We want to make a gesture towards those directly involved, and the question of how the NS deals with its war history is a difficult one,” he said. “We realise though that any amount of money does not take away individual suffering. How – in the name of peace – could this have happened such a short time ago?”

Salo Muller, whose parents were arrested and transported to the transit camp of Westerbork, then on to Auschwitz, has fought a three-year battle for individual suffering to be recognised financially.

Battling emotion, the former physiotherapist for the Ajax football team, whose parents were taken when he was five in 1942, said he had mixed feelings. “I am happy that after six months the commission has come up with individual compensation,” he said. “I am not at all happy about the reason for it. This is about thousands of people who feel the suffering of the war every day – people who lost their parents, brothers, nieces, nephews. It is a tragic situation.”

Commission chairman Job Cohen said it had a difficult task. “Advising on the level of this figure was almost impossible – suggesting a level of money that can compensate for the suffering,” he said. “It is an allowance, a moral payment. There are also groups and individuals who don’t come under the commission but who suffered and are suffering still today.”

To recognise these groups, the commission recommended commissioning the first broad, historical study into the role of transport in World War II – something the NS said it will consider in the future.

Liesbeth Zegveld, Mr Muller’s laywer, told DutchNews.nl that he and his wife Conny van der Sluijs would receive €30,000, as her parents were also deported. “A wider group of people has qualified for financial recognition than the first idea, and it was important that they differentiated between different categories,” she said. “Salo believes in his rights, and he believes in justice and keeping on hoping. It is a recognition, a small piece in a process that will never end.”

She added that the compensation could have been higher, although they would not have accepted any less. “We don’t want the Dutch railway to go bankrupt,” she said.