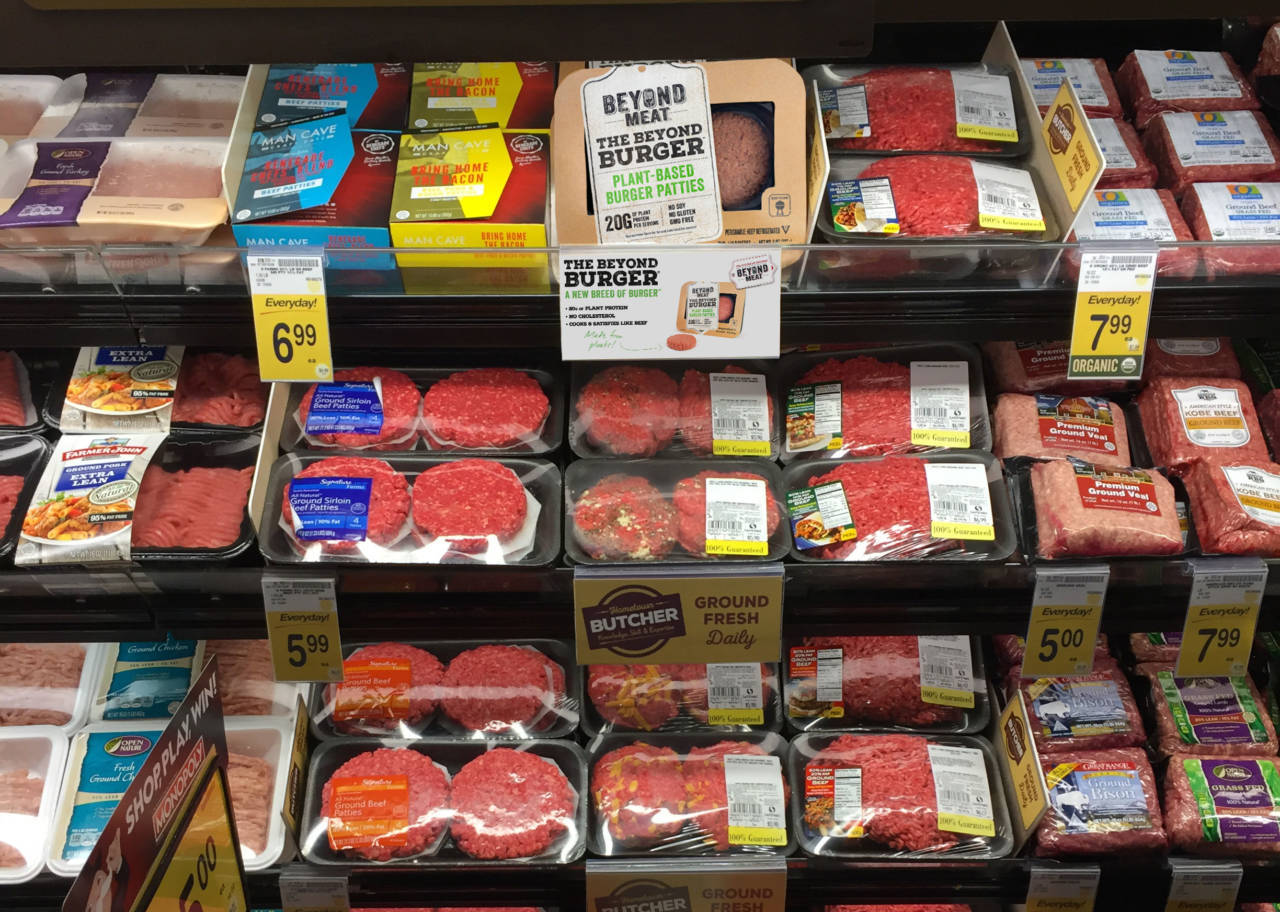 Company products among the meat in a US supermarket. Photo: Beyond Meat

American meatless food product company Beyond Meat has started a partnership with a Dutch meat processing company to produce its plant-based products in Europe.

Beyond Meat will set up shop in a new manufacturing plant being constructed by Dutch meat company Zandbergen in Zoeterwoude.

The agreement will cut transport costs and emissions, while increasing the speed in which Beyond Meat can get products to customers across Europe, the Los Angeles-based company said.

Zandbergen began distributing Beyond Meat’s meat-free burgers and other products throughout Europe last year and the Beyond Burger is currently sold at Albert Heijn supermarkets.

The company, which was founded in 2009 and was listed on the New York stock exchange earlier this month, is also targeting popular burgers chains.

The market for meat replacements is growing in the Netherlands and earlier this year Brabant-based meat processing giant Vion said it seriously considering moving into the sector.

In December, multinational Unilever took over the Dutch fake meat company The Vegetarian Butcher ‘in response to the growing trend among consumers to increasingly opt for vegetarian and vegan meals’.

Research by news website Nu.nl earlier this year showed the Dutch are eating less meat, with two in five people saying they cut down on steak and burgers last year.

Around one third of the 20,000 people polled said they ate meat every day, while one in 10 is vegetarian and 7% fully vegan.

According to data analyst group IRI, meat substitutes are becoming more popular but still only represent a fraction of what is spent on meat. In the first 11 months of 2018, some €2bn was spent on meat products, compared with €97m on replacements.