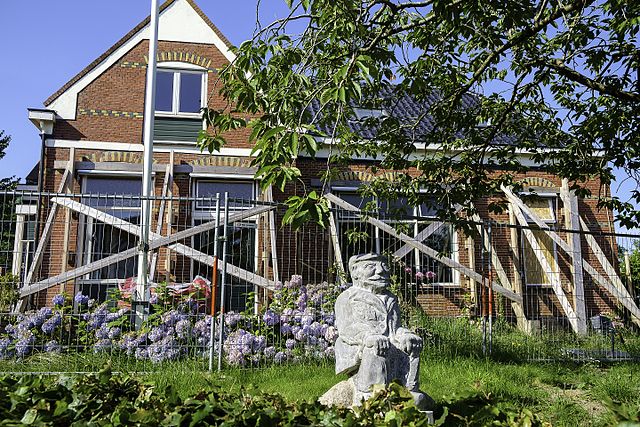 A shored-up house in the village of Leermens. Photo: Hardscarf via Wikimedia Commons

The number of damage reports following last week’s earthquake in Groningen has gone up to 2,875, the government’s registration agency TCMG has said.

Most of the reports come from Groningen province itself, but a handful have come from nearby Drenthe.

Of the total, 82 reports were for an ‘acute, unsafe situation’, such as a shift in support beams or collapsing walls and in 14 cases, emergency action has been taken, the TCMG said.

Last Wednesday’s quake hit 3.4 on the Richter scale, making it one of the strongest on record.

The quakes are caused by the ground settling following natural gas extraction. The government decided at the end of last year to phase out the use of Groningen gas by 2030 but officials are still in dispute about compensating people for the damage caused to their property and the cost of shoring up buildings.

Earlier this week, the Dutch mining inspectorate said the government should treat the quakes as a ‘crisis situation‘ and speed up help and financial compensation to the thousands of people who have been affected since they began in 2012.