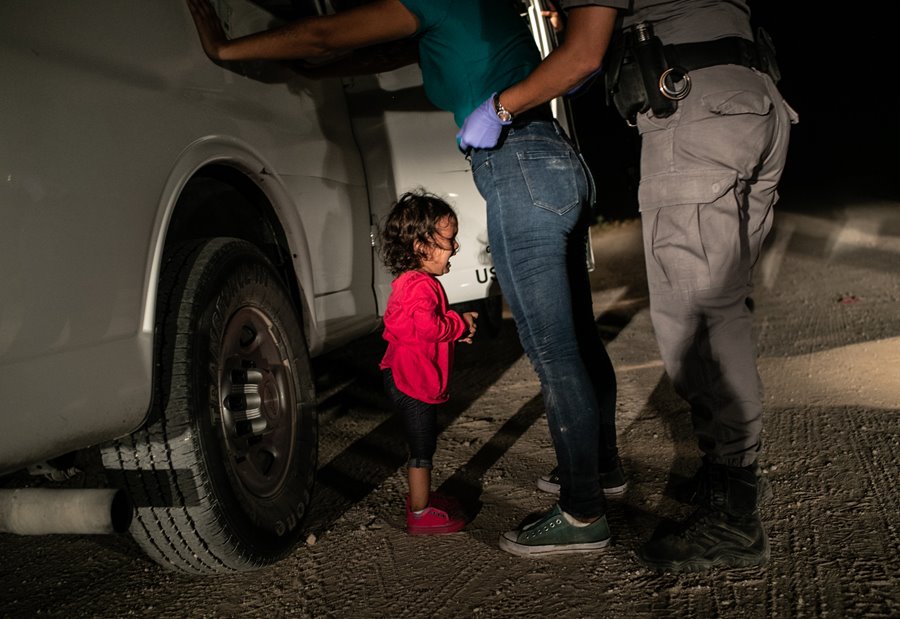 This year’s World Press Photo photo of the year is John Moore’s image of a crying girl at the US border, which made newspapers around the world when it was published last year.

The photo shows Honduran toddler Yanela Sanchez crying as she and her mother, Sandra Sanchez, are taken into custody by US border officials. After the picture was published worldwide, US officials confirmed that Yanela and her mother had not been among the thousands who had been separated.

John Moore, a senior staff photographer and special correspondent for Getty Images, said the image touched so many people’s hearts because ‘humanises a larger story’.

‘When you see Yanela’s face, and she is more than two years old now, you really see the humanity and the fear of making such a long journey and crossing a border in the dead of night,’ he said.

A new award this year is the photo story of the year, which went to The Migrant Caravan by Dutch/Swedish photographer Pieter Ten Hoopen.

‘I wanted to cover what it means to be on the road to a new life – or what people hope to become a new life,’ Van Hoopen said. ‘I wanted to focus on the human aspects, on relations between the people and how they handle it.’

Now in their 62th year, the awards are handed out by the World Press Photo Foundation, based in Amsterdam. The winners will go on show at the Nieuwe Kerk as usual, but there will also be a two-day festival of photography at the Westergas site this weekend.