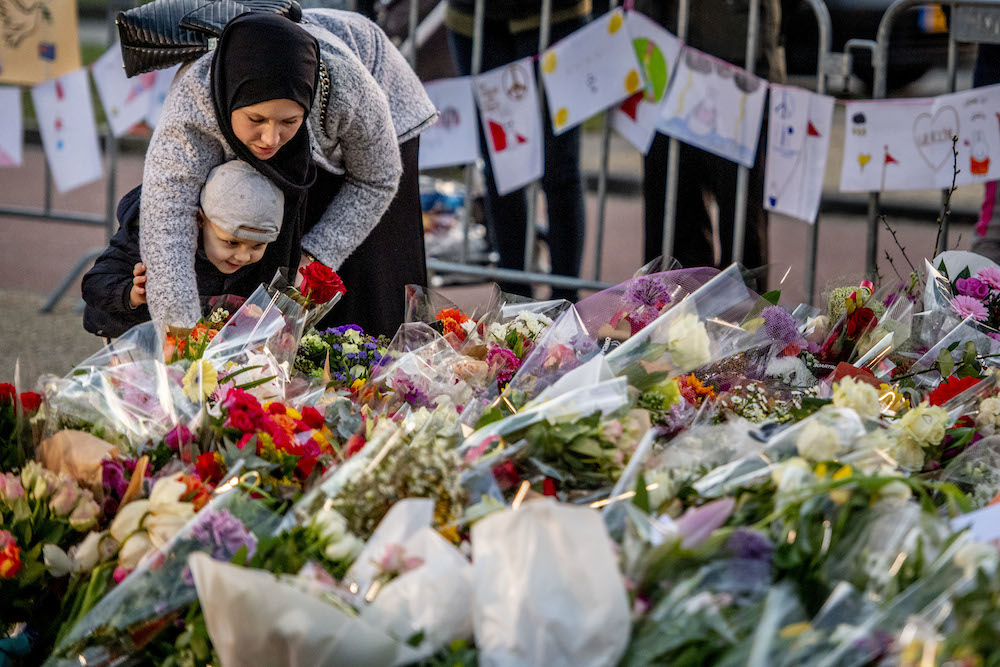 A sea of flowers at the spot where the shooting took place. Photo: Robin Utrecht via HH

Police have arrested a 40-year old man from Utrecht in connection with the tram shooting in the city on Monday in which three people died.

The man was picked up on Tuesday afternoon and is now, along with Gökmen Tanis, one of two suspects being held in custody. Nothing has been made public about why he was arrested.

Two other men, who are brothers but are not related to Tanis, were released on Tuesday afternoon and are no longer considered to be suspects, the public prosecution department said in a statement.

Police are asking more witnesses who were on the tram to come forward as their investigation into the shooting continues.

The motive for the shooting remains unclear, although police say they have not established any relationship between the alleged killer and his victims.

Eyewitnesses said the killer appeared to be aiming at a woman when he opened fire on the tram in Utrecht at 9.45am on Monday. However, the public prosecution department said on Tuesday that the note left in a red car, believed to be the getaway vehicle, led them to suspect terrorism.

‘Until now, we are looking seriously at a terrorist motive,’ the department said in a statement. ‘The note found in the getaway car and the nature of the facts would indicate this. Other motives have not been ruled out and these are being looked into.’

Also on Tuesday it emerged that Tanis has a criminal record and was released from jail on licence ahead of his trial for rape on March 1.