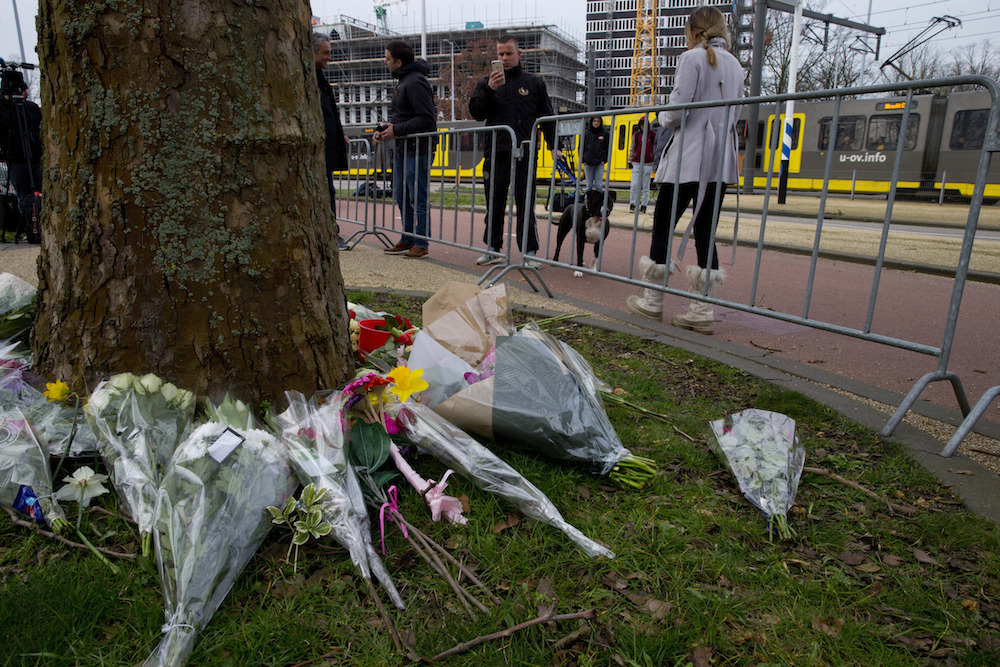 Utrecht police and the public prosecution department said on Tuesday morning they have not yet established any relationship between the main suspect in the Utrecht shooting and his victims.

Three men are currently in custody in connection with the triple murder, including chief suspect Gökmen Tanis, who was arrested in the city in the early evening.

Last night the policed reported that the main suspect, a 37-year old man from Utrecht, was arrested in a house at the Oudenoord in Utrecht. No direct relations have been found between the main suspect and the victims. #24oktoberplein

The motive for the shooting, in which three people died and three were seriously injured, remains unclear, with police refusing to rule out either terrorism or a relationship issue.

Eyewitnesses said the killer appeared to be aiming at a woman when he opened fire on the tram in Utrecht at 9.45am on Monday.

However, the public prosecution department said on Tuesday that the note left in a red car, believed to be the getaway vehicle, led them to suspect terrorism.

‘Until now, we are looking seriously at a terrorist motive,’ the department said in a statement. ‘The note found in the getaway car and the nature of the facts would indicate this. Other motives have not been ruled out and these are being looked into.’

The department also gave more information about the victims. The three people killed  are a 19-year-old girl and two men, aged 28 and 49.

The three people who were seriously wounded are a 20 year old woman, a 21-year-old woman and a 74-year-old, the statement said. Four other people were slightly injured in the ensuing chaos.

More information has also emerged about the shooter, Gökmen Tanis, who is described by the AD as ‘an unstable, cocaine ridden, drugs dealer’ and was arrested early on Monday evening.

He was in court two weeks ago on rape charges and his victim told the AD Tadis is ‘a psychopath, not a terrorist’.

His father, who divorced Tanis’ mother in 2008 and returned to Turkey, told Turkish newspapers he had not had contact with his son for 11 years. ‘Let him serve his sentence for the atrocity,’ Mehmet Tanis said.

The other two men arrested are brothers aged 23 and 27 who are not related to Tadis. ‘My client is completely in the dark about why he has been arrested,’ lawyer Anis Boumanjal is quoted as saying by broadcaster NOS.