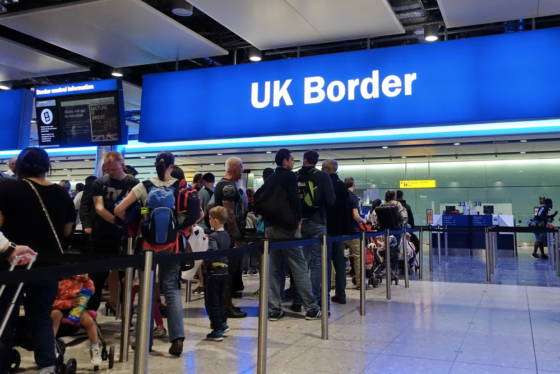 A worried British woman who fears losing the right to residence in the Netherlands if she does not quit a job in England and return before Brexit, has taken her case to court.

The 27-year-old came to the Netherlands as a toddler but now works at a British university and has been away for 10 years. She has been told by Dutch IND immigration services that she has lost her right to permanent residency, although her parents still live here.

Yesterday, her lawyer argued in a court hearing in Amsterdam that the IND should not be able to remove her rights to EU residency, appealing for the case to be referred to the EU Court of Justice.

Describing the case as an ‘is not/is too’ argument, her lawyer Jeremy Bierbach told DutchNews.nl that European rights are unclear and there are no precedents for the citizens of a country leaving the bloc.

“The IND and Dutch government take the point of view that when an EU citizen has obtained a right of permanent residence, if they move away from the Netherlands, they have to move back within two years to keep that status,” he said.

“Our point of view is that it’s enough for the EU citizen just to visit at least once every two years: that just resets the clock and then they cannot lose their right of permanent residence.”

The IND, which presented written arguments but did not send a lawyer, referred to the EU citizenship directive (2004/38) saying the right of permanent residence is lost “through absence from the host member state for a period exceeding two consecutive years.”

It argued that this is judged on where somebody has their principle residence. Bierbach, however, cited Dutch EU law expert professor Elspeth Guild, of Radboud University, saying that a visit is enough to maintain rights under this ruling.

Bierbach said that he also believes the European Court of Justice should clarity the rights of British people who have lived in the EU for more than five years and may have obtained inalienable rights to stay, regardless of Brexit.

The judgement on whether the woman’s case will be referred to European courts is expected within 13 days. A ruling on a second case on the rights of British citizens is expected next week.

A spokesman for the IND told DutchNews.nl it would not comment on individual cases.