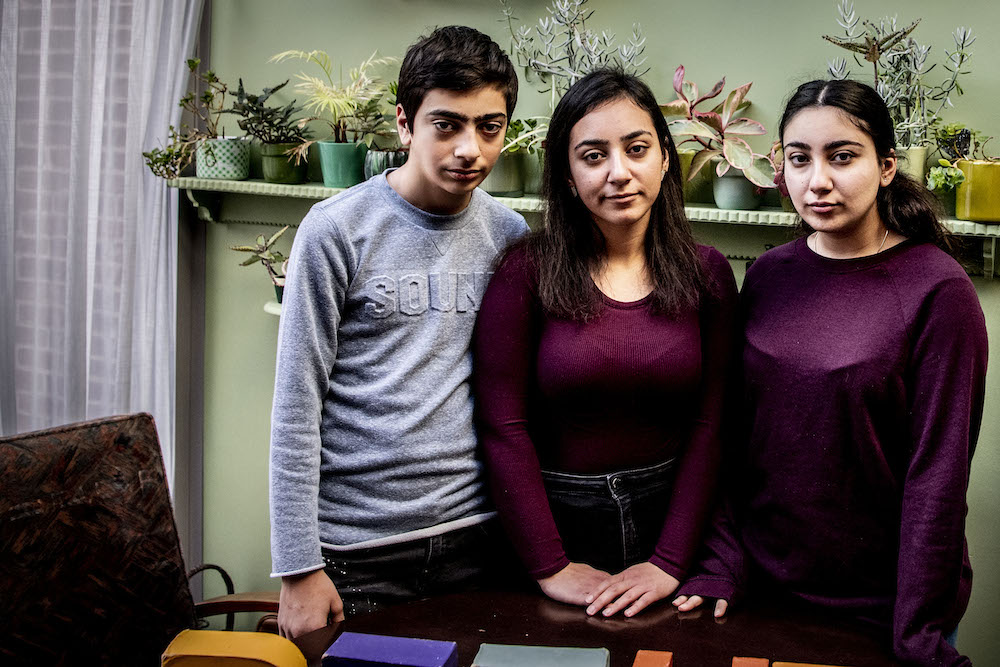 CNN, the New York Times and Time magazine are among the dozens of news organisations worldwide covering the progress of an Armenian family living in a Dutch church to avoid deportation.

Church officials have organised round-the-clock services at the Bethel church in The Hague so that police officers cannot enter and pick up the Tamrazyan family, who were told in September that they would be sent back to Armenia.

The continuous service began on October 26 and has now been going for over a month, attracting worshippers and pastors from all over the country. ‘I have lost count of the number of sermons about the Good Samaritan that have been delivered,’ pastor Axel Wicke said.

The church has no plans to stop its campaign, even though junior immigration minister Mark Harbers has refused to use his powers of discretion to allow the family to stay.

‘We evaluate regularly, with the team and also with the family,’ Wicke said on Twitter.

‘So far, we still receive massive support and can fill the rota pretty well. So we keep going, also because there still are many talks going on with politicians behind the curtains, some of which give reason to hope.’

The family lived at a refugee centre in Katwijk before moving into the church. Oldest daughter Hayarpi, who studies econometrics at Tilburg University, her sister, brother and parents have been in the Netherlands for nine years.

Hayarpi  said in a Twitter message in September that her family was granted refugee status at three separate court hearings but that the Dutch state went to appeal each time. They were eventually rejected three years ago.