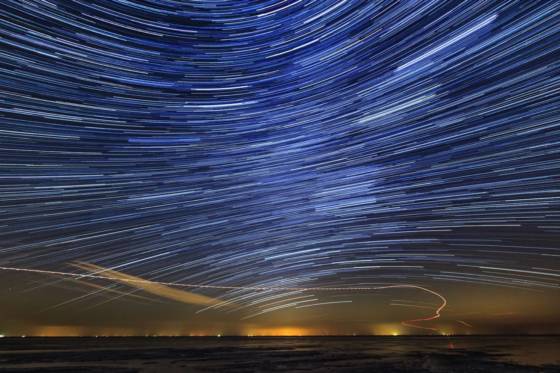 The Netherlands is slowly getting darker, research commissioned by nature and environment federations and Nacht van de Nacht campaigners shows.

The data was collected over six years by a satellite monitoring the amount of light emitted by 54 of the biggest cities in the Netherlands and was published ahead of this weekend’s Nacht van de Nacht (Night of the night) campaign which aims to lower light pollution.

The main culprits in the Netherlands are motor way lighting, street lighting, and advertising but, researchers say, a turning point may have been reached.

According to the satellite measurements, increases in light have been very slight and in some places it is even getting darker. The Netherlands remains one of the most lit up countries in the world, however.

Nacht van de Nacht project leader Mattheus Blijenberg said that although the trend looks set to continue much still depended on the behaviour of companies.

‘Local councils, provinces and the water authorities are dimming and turning off lights whenever they can. But cheap led lighting is tempting companies to leave the lights and the electric advertising signs on all night,’ he said.

During the Nacht van de Nacht hundreds of companies and local councils will turn of the lights in cities all over the Netherlands.

The darkest cities in the Netherlands are:

The lightest cities are:

Delft, and the Westland (i.e. greenhouses)

The provinces where it has been getting darker are: