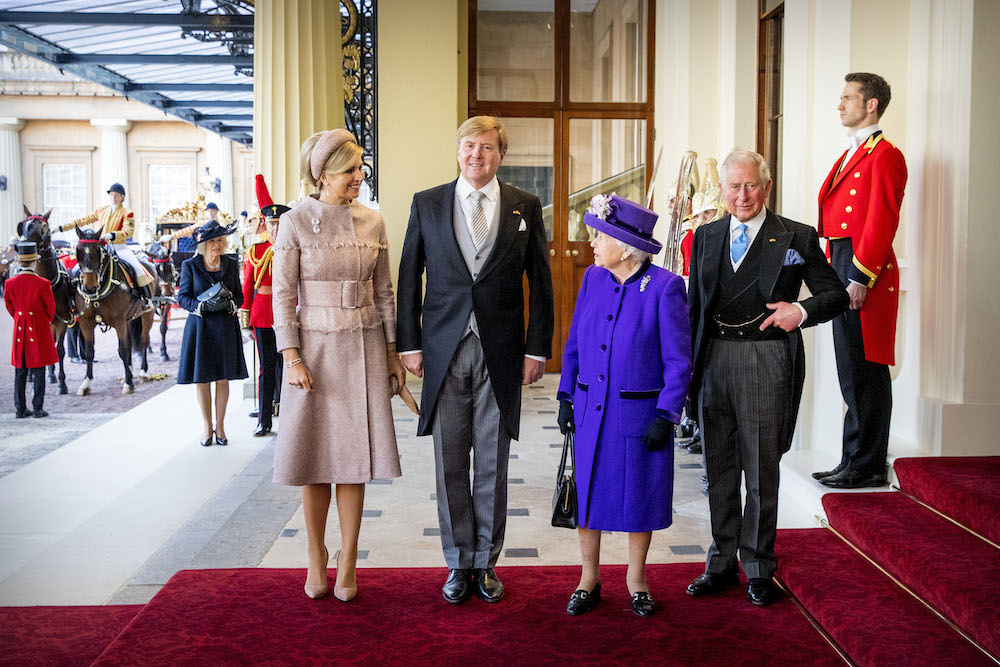 Two queens, a king and a crown prince. Photo: HH/Pool

The visit is thought to be aimed at strengthening Dutch-British ties ahead of the UK’s  exit from the EU in six months’ time, Dutch media said.

Ahead of the official procedures, the king and queen will meet members of the Dutch community in the UK with whom they will discuss ‘worries about the consequences of Brexit’, the programme states.

Broadcaster NOS speculates the king may have to field questions about why the Netherlands is not prepared to grant dual nationality to people duped by Brexit, as Germany is doing.

According to the NRC although Brexit is not ‘officially’ the reason for the state visit, it will almost certainly figure in the king’s speech to the British lower house of parliament on Tuesday afternoon. The king had told British journalists earlier that he regrets the decision of the British people and voiced concern about future trade relations.

The Netherlands currently exports some €39bn worth of goods to the United Kingdom every year.

The central message in the speech, however, will be that it will take more than Brexit to sever the ties that link the two countries both through family and trade, sources around the royal family told NOS.

Foreign affairs minister Stef Blok, who is accompanying the royals, will meet his British counterpart Jeremy Hunt to discuss the final Brexit negotiations. According to the NRC, Britain has been putting pressure on the Netherlands to support its position by stressing the historic ties that unite the Netherlands and Britain.

The king is scheduled to meet prime minister Theresa May, opposition leader Jeremy Corbyn and various members of the British royal family in the course of the visit which is the first official state visit in almost 40 years.