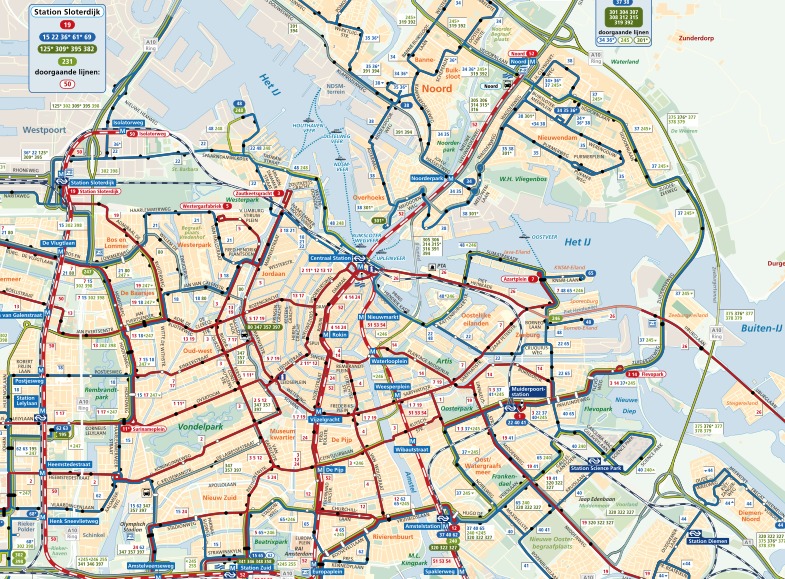 Seven years later than planned, Amsterdam’s new Noord-Zuid metro line is set to open on Saturday, with real services beginning the next day.


The 10-km, partly underground, transport link between the north of the city and the Zuidas business district, came it at €3.1bn, some €2bn more than originally budgeted.
Is everybody happy now the new underground link is finally completed? The mildest criticism came from interim mayor Jozias van Aartsen who suggested just last week to extend the line to Schiphol airport to the south and to Zaanstad in the north, Trouw reported on Thursday.

‘The whole idea of a metro line is to transport large numbers of passengers over relatively long distances. The section between Amsterdam’s Centraal and Zuid railway stations is just too short,’ he said.

‘I wonder why it wasn’t decided during the crisis years to extend the metro to Buitenveldert and Amstelveen. If that had been done Amsterdam would have much more transport available for relatively little money. Now they really have nothing.’

Teulings said a metro is viable only if a city has more than two million inhabitants. [Amsterdam has fewer than one million.] The metro system works well in London, trains always full passing by every two minutes. In Amsterdam there will be a wait of 10 to 15 minutes between services.

The city’s transport company GVB says the metro will be used by a mix of commuters, students and day-trippers. But Amsterdam university urban planner Zef Hemel paints a wider picture. ‘There are now 17 million tourists in the city every year. This will double in 10 years.

‘The main tourist attractions are along the metro route through the centre. In addition, there are 260,000 commuters who will make use of the metro. Then there are visitors to festivals and other events. The RAI exhibition centre can easily draw another 45,000 visitors in a day. Public transport is about much more than serving residents,’ Hemel said.

Many Amsterdammers are also unhappy about the new metro because the city’s entire tram network is being overhauled to encourage travellers to use the new system.

Several tram services (9, 10 and 16) are being dropped and others, such as the 5, re-routed away from the city’s main railway station.

People living north of the IJ are especially angry because buses will no longer run from Noord to central station and they will have to take the metro instead.

The GVB had admitted some people will have to make more changes to get to their destination but says overall travel times will be shorter.

Review all the changes