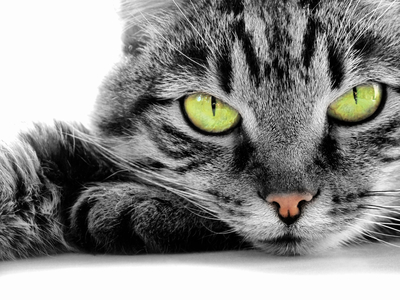 Some 1,000 feral cats have been shot in just 3.5 years in the provinces of Friesland and Utrecht, where culling is allowed, the NRC reported on Monday.

According to research conducted by the University of Wageningen, the Netherlands is home to between 135,000 and 1.2 million feral cats. The animals eat rodents, birds and insects and pose a threat to endangered species, scientists say.

Friesland and Utrecht are currently the only two provinces in the Netherlands to allow the cull of cats that have become wild. According to a spokesman for the Utrecht provincial authorities, the aim of the cull is to prevent the animals from disturbing the ‘ecological balance’.

The Frysian provincial authorities are mainly worried about the meadow birds, such as godwits and lapwings. Killing cats is ‘extremely unfortunate’ but ‘it’s much more unfortunate that our meadow birds are being eaten,’  said provincial councillor Johannes Kramer.

According to bird protection organisation Vogelbescherming, feral cats are a threat to birds but shooting them is not a structural solution as it doesn’t prevent more cats from becoming feral. Every holiday season cats are turned out or dumped and efforts to force owners to mark their animals with microchips have so far come to nothing.

Groningen provincial authorities will vote on a cull ‘when necessary’ in December but want to focus on prevention as well. Zeeland, too, is considering a cull, the NRC said.

Noord-Brabant, Flevoland, Noord- and Zuid-Holland abolished the hunt of feral cats in 2016. In Brabant some 2,853 cats were killed between 2012 and 2016. The provinces now favour a TNR – Trap, Neuter and Return – approach although that too is contentious.

According to a spokesman for the Limburg provincial authorities, which did not adopt TNR, ‘the chances that sufficient animals would be made infertile so as to lower the population are slim’. Cat hunter Jan Pieter Spierenburg doubts the method will help because it does not stop the animals from hunting.

The article in the NRC has prompted the Partij voor de Dieren, PVV and SP to ask agriculture minister Carola Schouten for a complete ban on culling feral cats.