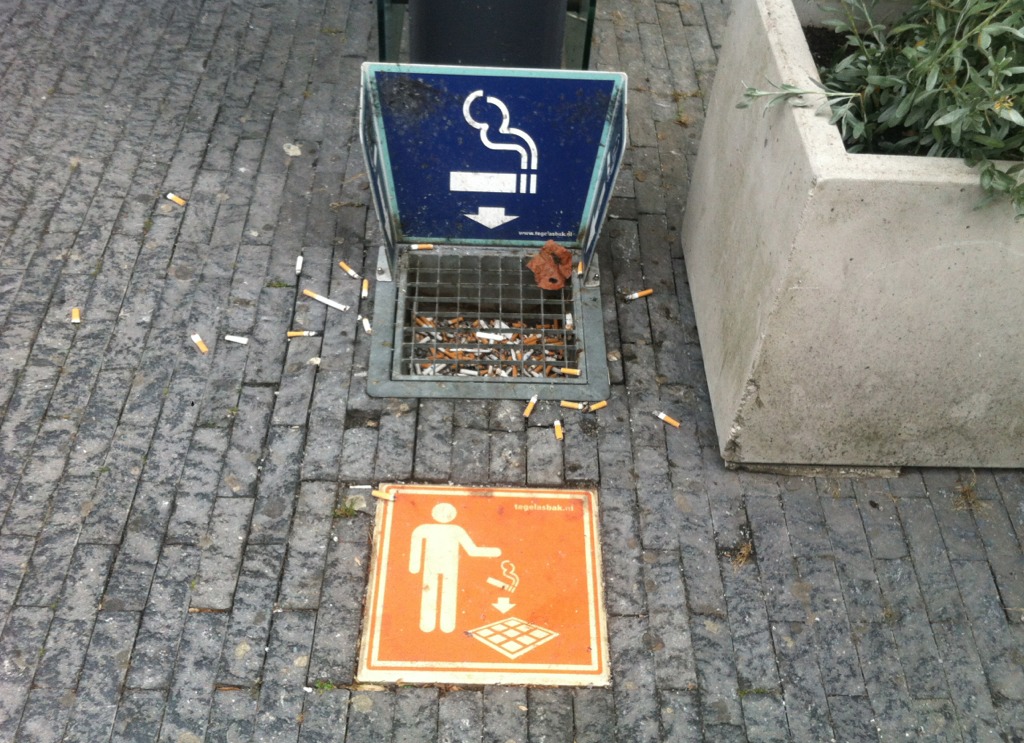 Cigarettes contain up to 26 times more tar and nicotine than indicated on their packaging, according to new research by the Dutch public health council RIVM.

It tested 100 different brands of cigarettes available on the Dutch market for tar, nicotine and carbon monoxide content using the Canadian Intense method. This, the RIVM says, gives a more accurate picture of what smokers are actually inhaling than the current ISO European system.

The worst offender was Marlboro Prime, with 26 times the tar and 17 times the nicotine on the label. Kent HD White was next on the list, followed by  Peter Stuyvesant Silver. ‘With the exception of one cigarette, all measured TNCO levels exceed the legal limits,’ the RIVM said.

Cigarette smoke is tested in laboratories for tar and nicotine, but the results are distorted by the use of tiny holes in the filters. These are closed up by the mouth and fingers when people smoke, but left open during the testing process.

The Canadian method involves taping up these holes, giving a more accurate picture of what smokers ingest. The new research confirms that the holes in the filters distort the results, the RIVM said.

‘The results of this research support the conclusion that the prescribed ISO method underestimates the amounts of tar, nicotine and carbon monoxide that a smoker ingests,’ the RIVM said.

‘The committee that drew up this method is largely influenced by the tobacco industry. RIVM therefore recommends that an independent measurement method… be included in the law, instead of the ISO method.’

‘We assumed the results would be bad, but to be honest I am really shocked by these results,’ health minister Paul Blokhuis said following the publication of the report. His predecessor had commissioned the results following the controversy over testing methods.

‘It is extremely worrying that smokers are taking in much more poison than they had been told – between twice and 26 times as much,’ the minister said.

Blokhuis is campaigning for the EU to adopt a different way of measuring the contents of cigarettes and says the current method was devised by a commission heavily influenced by the tobacco lobby.

Earlier this year, the Dutch public prosecution department said it would not proceed with a criminal case against the big tobacco companies based in the Netherlands in which the firms are accused of deliberately damaging public health and forgery – because of the way tar and nicotine are measured.

They say tobacco firms have lied to smokers about the damaging side effects of their addiction, particularly by using cigarettes that give false readings in test results through the use of the tiny ventilation holes in filters.

Ficq is appealing against the decision not to prosecute.