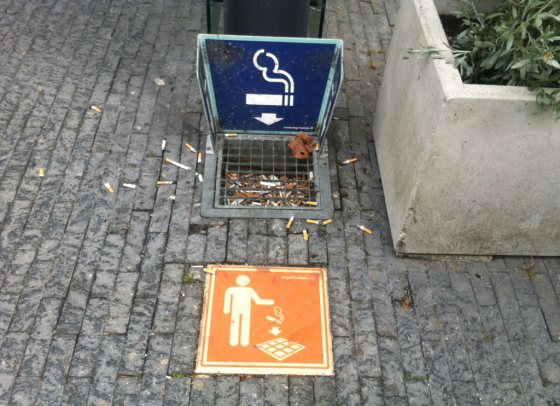 The Dutch public prosecution department on Thursday said it would not proceed with a criminal case against the big tobacco companies based in the Netherlands in which the firms are accused of deliberately damaging public health and forgery.

Tobacco products are legal and smokers themselves have the choice whether or not to accept the health risks. This means, the department said, that the negative effect of smoking cannot be blamed on tobacco companies.

Although smoking is deadly and producing cigarettes contributes to that, the tobacco firms are not breaking the law, the department said.  Within the current legal system, there is no option which could potentially lead to a successful prosecution, the department said.

In addition, they argue the big tobacco firms are guilty of ‘forgery since the tobacco manufacturers have for years declared emission levels of tar, nicotine and carbon monoxide on the packages of their tobacco products which were lower than the actual emission levels.’

Ficq said later on Thursday that she will take the case to the appeal court to try to force the public prosecutor to rethink.