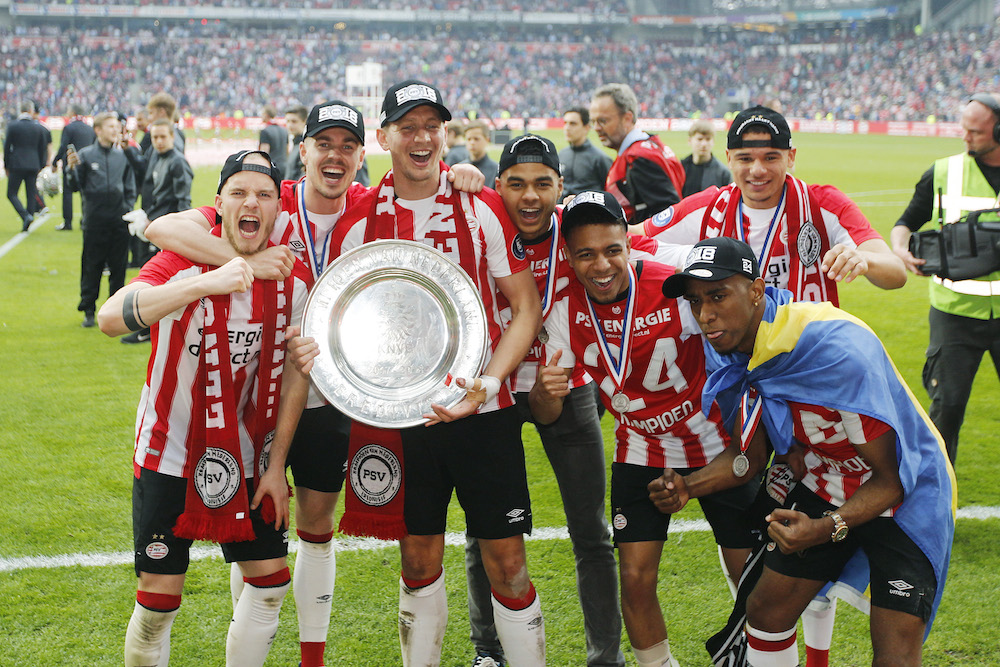 PSV players celebrate after the match. Photo VI via HH

The win gives PSV an unassailable 10 point lead over Ajax, who in turn are just five points ahead of AZ of Alkmaar.

PSV has won the title 24 times in the club’s history and 10 times this century, having last clinched the league in 2016. Last year’s winners were Feyenoord of Rotterdam.

Coach Philip Cocu has now won the league in three of the four years he has been in charge in Eindhoven. The PSV win will be celebrated on the square in front of Eindhoven city hall on Monday evening.

Ajax last took the title in 2014 and pressure is mounting on club director Edwin van der Sar to go. New coach Erik ten Haag has also been criticised for his controlling style and defensive approach to play.