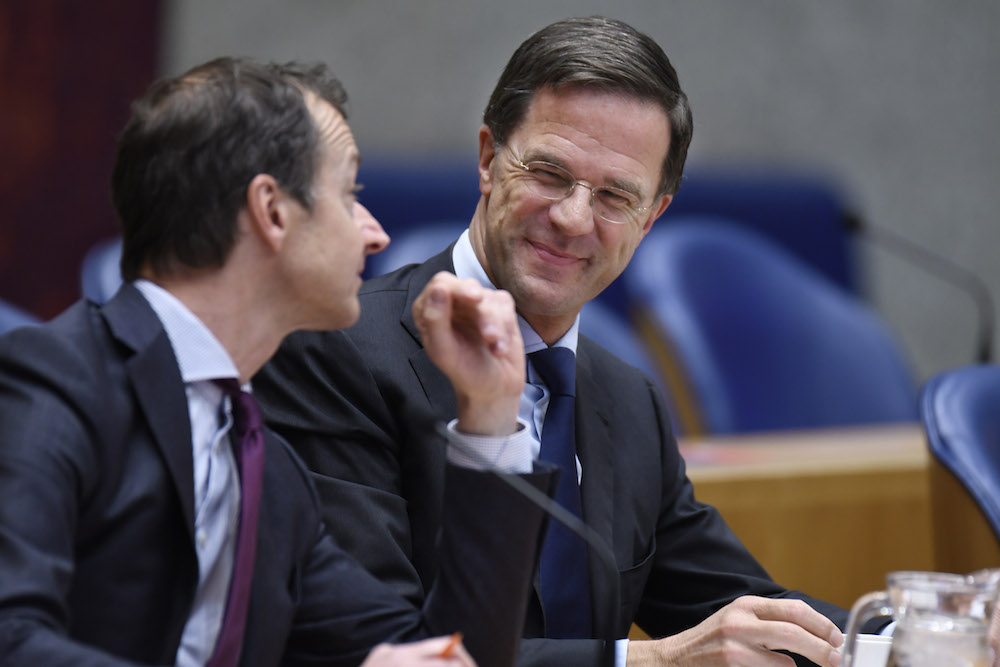 In particular, Rutte’s earlier insistence that there were no memos, only to publish them on Tuesday evening, have raised questions about the prime minister’s credibility, commentators said.

Socialist Party leader Lilian Marijnissen said Rutte is no longer able to hide behind his claim that he remembered nothing about the memos. He must have seen the memo written by finance minister Eric Wiebes, she told MPs.

‘Of course he knew about the memos,’ said Labour leader Lodewijk Asscher. ‘The prime minister must come up with a statement to restore his credibility.’

GroenLinks leader Jesse Klaver said that more than the prime minister’s reputation is at stake. ‘The credibility of the political system is under fire and I blame the prime minister for that,’ he said. ‘This is politics at its most ugly.’

The memos themselves make it clear that finance ministry officials felt abolishing the tax on foreign shareholders ‘did not play a major role’ in the Netherlands attractiveness as a place to do business, as argued strongly by the cabinet.

In addition, it would be be ‘bad for the Netherlands’ image’ because it increased the risk of companies moving money through the country as part of tax avoidance schemes, finance ministry officials state.

The scrapping of the tax on foreign shareholders will cost the Dutch treasury €1.4 billion a year from 2020.

Opposition parties have claimed that the decision to abolish the tax was the outcome of a co-ordinated campaign by multinational firms such as Unilever and Shell and the employers’ organisation VNO-NCW.

The memos make it clear that Unilever, in particular, had been involved in high-level lobbying and that the potential of losing Unilever’s headquarters to London had played a major role in the decision to scrap the tax. In particular, Unilever chief executive had had talks with Wiebes himself, who was then the VVD’s finance spokesman.

Rutte described Unilever’s decision last month to locate its headquarters in Rotterdam as ‘very good news’ but denied that it was the sole reason for scrapping the tax.

The debate, which began at 3pm, is set to go on into the evening.