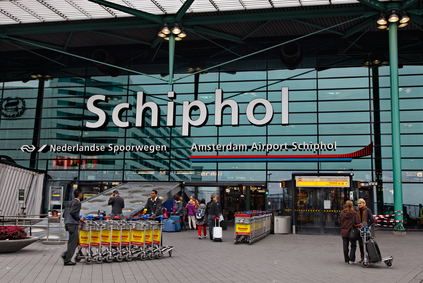 Last year there were 985 incidents of passengers disrupting flights or misbehaving at Schiphol airport, the AD said on Monday.

This is more than double the number of incidents recorded in 2010, the paper said. The situation is so serious that the safety of other passengers is under threat, the Netherlands’ aviation public prosecution chief Frances Schlingemann told the paper.

‘Passengers who are out of control cost so much time and energy that the crew are not keeping watch on aircraft safety,’ he said.

He also says that travellers should have to show their boarding cards when buying alcoholic drinks at Schiphol’s bars. This would enable staff to alert airlines to potential troublemakers.

Meanwhile, two Dutch MEPs say airlines should be swapping black lists about unruly passengers. ‘We cannot allow the disruptive behaviour of one person to endanger the safety of the other passengers and crew,’ ChristenUnie MEP Pieter van Dalen told the paper.

Schiphol airport said in a statement that it processes some 68 million passengers a year and that a relatively small number cause problems by drinking too much.

However, the airport is considering asking bar staff to pay more attention to responsible drinking and to warn passengers that they could be refused access to their flight.