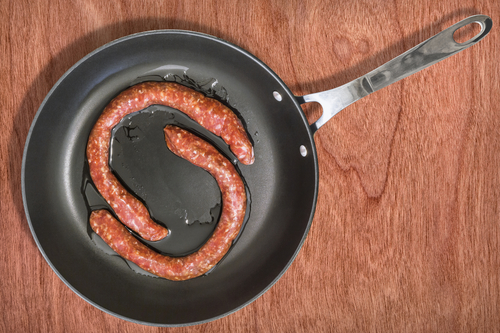 GenX and C8 are used to make Teflon. Photo: Depositphotos.com

People living near the Chemours chemical factory in Dordrecht have been advised not to eat fruit or vegetables from their own gardens because the ground may be polluted, the Volkskrant said on Friday.

Toxicologists from Amsterdam’s VU University say the area around the Teflon factory is far more seriously contaminated with the toxic chemical GenX than had been believed. The scientists reached their conclusions after analysing samples of soil and vegetable matter growing near the factory.

They found the concentrations of GenX in the leaves of plants and the grass in a radius of more than a kilometre around the plant to be so high that there is a possible risk to public health.

The carcinogenic perfluorooctanoic acid (PFOA, also known as C8), which was used in to make Teflon prior to 2012, has also been found in plants and trees in far higher concentrations than expected.

‘Because grass and leaves die and are mown you would only expect to find low concentrations of PFOA concentrations after five years,’ toxicologist Jacob de Boer told the paper.

Martin van den Berg, a toxicologist at the University of Utrecht says people living near the plant should stop eating produce from their gardens and the government should carry out further analysis as soon as possible to find out how great the risk is to public health.

‘The poison is not only in the leaves but in the entire crop, because the plant also absorbs contaminated water through the roots,’ he told the Volkskrant.

Last weekend the AD reported that GenX had been identified in tap water in at least six places in Zuid Holland province.

The company has a permit to pump 6,400 kilos of waste water containing GenX into the river. In April, the AD reported that officials want the permit changed to reduce the discharge to 2,000 kilos and then a stop altogether.

In May it emerged that blood tests on people living close to the former DuPont chemical plant showed that some have too much C8 in their blood.

A Chemours spokesman told the paper that PFOA has not been used at the site in Dordrecht since 2012. The company said ‘further calculations are needed to show that PFOA has been able to reach the grass and the leaves of trees from the earth and the ground water.’