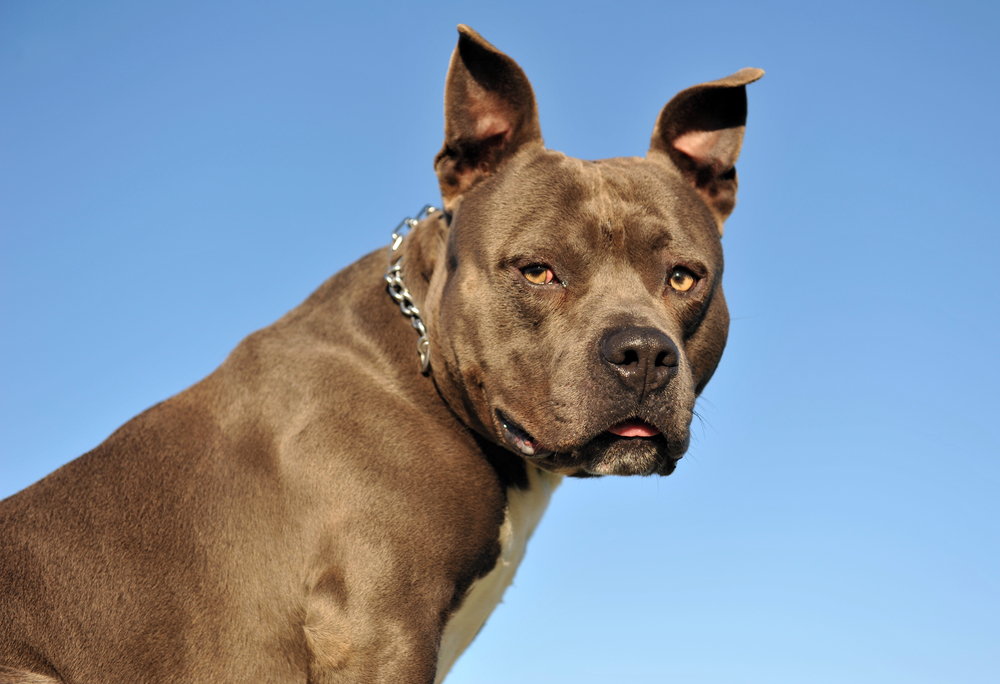 The American Staffordshire terrier is on the banned list. Photo: Depositphotos.com

Pitbull terriers, Rottweilers and the Caucasian shepherds are among the animals on a Dutch government list of officially dangerous dogs.

From next year, the owners of 20 breeds and all pittbull crossbreeds will have to go on a compulsory cause in keeping dogs which are known to have a propensity to violence.

The list and compulsory course are part of a series of measures the caretaker government plans to introduce in an effort to cut down on the number of dog attacks.

Junior economic affairs minister Martin van Rijn is also working on a list of banned breeds and plans to give local councils the powers to ban dangerous dogs from some areas.

In addition, the government will establish a central register to record dog bite incidents and a hotline for people to report dangerous dogs or owners who refuse to deal with their dogs properly.

‘There have been a number of serious biting incidents in recent years and this is extremely worrying,’ the minister said in a statement. ‘Councils will be given more powers to take effective measures… but ultimately it is owners who are responsible for their dogs.’

The official list of dangerous dogs includes pedigree dogs and crossbreeds which are known to have a high risk of aggressive behaviour. It includes 20 pedigree breeds such as Rottweilers, various varieties of pitbull and bull terrier, bull mastiffs and the Akita.

The Dutch animal protection charity Dierenbescherming has welcomed the course for dog owners. ‘We cannot deny this is a problem,’ a spokesman said. ‘Shelters are full of dogs, most of which are pitbulls and similar breeds. They were often bought on impulse and have not been properly trained.’

The Netherlands introduced a ban on breeding pitbulls and similar dogs 20 years ago after three children were savaged to death. But the ban was rescinded in 2008.