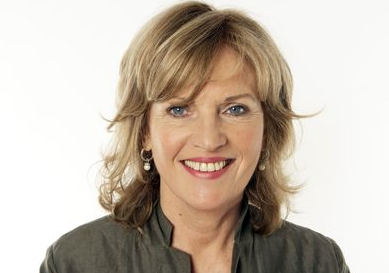 D66 MP Pia Dijkstra has proposed a change in the law.

Assisted suicide could be extended to anyone over the age of 75 who no longer wants to live, even if they are not ill, under a bill brought forward by D66 MP Pia Dijkstra.

The bill would make it legal to arrange the death of anyone with an ‘intrinsic and consistent’ wish to die. The request would be granted and carried by a registered end-of-life practitioner, which could be a doctor, nurse or psychologist, and they will have to seek a second opinion before deciding.

A number of safeguards are included in the proposed legislation. The wish to die must be confirmed in a second interview after the original request, with a gap of at least two months in between. The case will also be reviewed by an independent commission, as happens currently with euthanasia.

At the moment euthanasia is legal in the Netherlands only for patients who are experiencing unbearable suffering with no prospect of improvement. Cancer patients account for around 70% of euthanasia deaths, but the total number has increased by 70% in the last five years.

Dijkstra told Nieuwsuur: ‘There are plenty of examples of people who say, “I’ve had enough of life, I have children and grandchildren, they’re all doing well, but I’m detached, I don’t play a role in their lives any more. The only thing waiting for me is decline and I don’t want to go through that.”’

Dijkstra said the conditions were designed to ensure that assisted suicide would only be granted to people who made the request ‘of their own free will, properly considered and without pressure from outside’ and who were mentally fit to make the decision.

The bill will be placed online so people can comment and respond before it is put before Parliament, which will not happen until after the general election next March, Dijkstra said.

Health minister Edith Schippers told Parliament in October that the government was looking to legalise assisted suicide for elderly people who were ‘suffering from life’, but did not bring forward any firm proposals.

At the time her plan was criticised by opposition politicians who said the government should be concentrating on improving the quality of life for the elderly.

Gert-Jan Segers, leader of the ChristenUnie party, said: ‘In what kind of society do we want to live? What’s the answer to loneliness? I can’t accept that it’s giving someone a pill.’