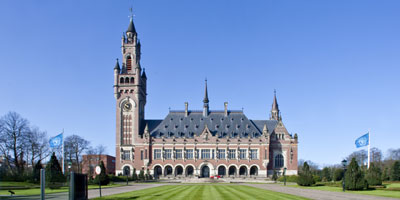 The Permanent Court of Arbitration in The Hague has ordered Russia to pay the Netherlands compensation over the incident with the Greenpeace ship Arctic Sunrise in 2013.

The Arctic Sunrise, which sails under the Dutch flag, was seized in September 2013 and its crew arrested on piracy charges following a protest at a Russian drilling rig in Arctic waters. The crew were released in December that year after Russia agreed to an amnesty.

The tribunal ruled that Russia broke international law when it entered the ship and arrested the 30-strong crew, including two Dutch nationals. Nor was there any question of terrorism as Russia claimed, the tribunal said.

It also ruled that Russia return objects seized from the ship and crew.

The amount of compensation will be decided at a later date. However, Russia said on Tuesday it would not recognise the ruling, describing it as an ‘encouragement to non-peaceful protest at sea’.

The PCA looks at cases arising out of international treaties and covers a wide range of legal issues, including disputes over territorial boundaries, human rights, international state investment and trade. Russia is a signatory to both its founding treaties.