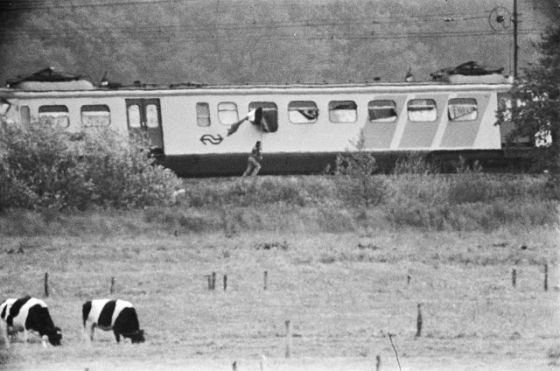 An official review of the violence used to end the 1977 train hijacking by a group of Moluccan activists does not bring any new information to light, say people who have been briefed on the new report.

Justice minister at the time Dries van Agt and the father of one of the dead hijackers spoke to various Dutch newspapers on Wednesday.

‘It is all as I expected,’ Van Agt told the Telegraaf newspaper, while refusing to say any more.

The father of one of the hijackers told the Volkskrant that there was nothing new to report and that he is again disappointed there will be no official apology for the shooting.

Two passengers and six of the nine hijackers were killed in a ‘hail of bullets’ when the train was stormed after a 20-day stand-off. Some reports say up to 150,000 bullets were fired at the train.

Some people, including lawyers representing the hijackers’ families, claim several of the hijackers were executed deliberately by marines after they boarded the train.

The Moluccan activists hijacked the train as part of their campaign to try to get the Dutch government to meet its promises for an independent state and to break ties with the Indonesian government.