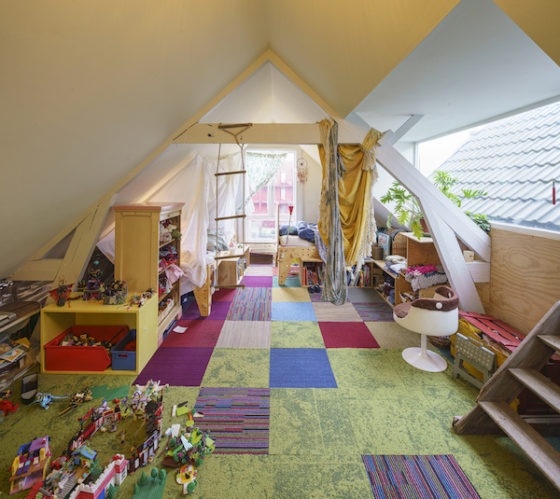 In Rotterdam, where the shortage of housing is becoming increasingly urgent, grass roots organisation Stad in de Maak is experimenting with original ways of living, working, and organizing together.

Three children conquer the legendarily steep Dutch stairs like a mountain, supporting themselves with a rope. This way, climbing two floors down from their attic playground paradise to grab a bite in the kitchen becomes an adventure rather than a chore.

Their parents, Christine van Meegen and Sebastian Kubersky, run an architecture and design studio in Rotterdam Noord. The house the family occupies is part of an initiative that has become a voice for citizens’ needs in an increasingly harsh housing climate. Welcome to Stad in de Maak (City in the Making or SidM).

It started with two buildings in Rotterdam Noord when a group of architects and artists decided to learn what makes a good city – by action rather than words.

A housing corporation gave the buildings to the group rent free, the collective renovated the vacant buildings at a low cost and then established an innovative model of renting. They designated two-thirds of the spaces as affordable houses and one-third to be rent-free. The length of the agreement with the housing corporation – up to 10 years – allowed the collective to experiment with alternative models of living and working.

Soon, the location started attracting tenants who, for various reasons, did not fit into the mainstream way of living in the city: students, non-EU residents, expats, independent practitioners, people waiting to buy a house, and temporary visitors. Today, the Stad in de Maak foundation manages four locations in Rotterdam Noord and one in Vlaardingen.

‘Living here makes you feel like you are not left out,’ says Klodiana Millona, an independent researcher and tenant. Foreigners or people coming from other cities particularly welcome the support that shared living in a community brings.

Most importantly, the rents do not rise, and nobody gets punished for not paying the rent in a difficult month. 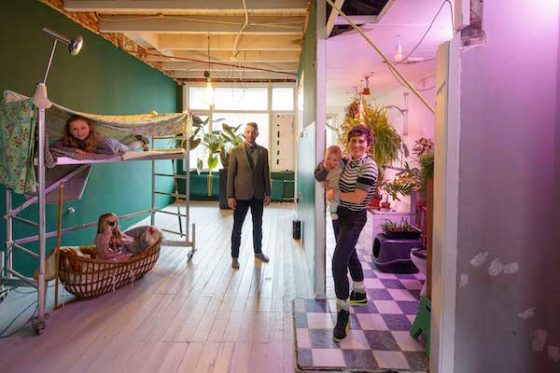 Rotterdam’s development follows the trend noticeable in all of the biggest Dutch cities. As developers play an increasingly significant role in the city, rents and property prices continue to rise. Simultaneously, areas traditionally home to lower-income inhabitants are undergoing development that threatens to leave the traditional populations behind.

Pressure on the government for reform is increasing, and mass demonstrations are taking place. In Amsterdam, some 15,000 people marched for more affordable housing in September. Rotterdam is preparing for its Woonopstand on October 17.

Although SidM is not the only organisation that offers homes at a low price, their sharing-focused approach is distinct. Every location they operate includes a dedicated area known as the Commons – a communal area where the tenants can explore their interests and share skills with others.

Any tenant can organise an initiative in the Commons, as long as it does not disturb others. At Banierstraat, where SidM offers affordable art studios, passersby with a flat tyre can use the DIY bike repair station in a shared garden.

At the Pieter de Raadtstraat, the ground floor was transformed into a beer brewery, a soap-making space, and a shared launderette. Some projects, such as the Neverland Cinema, are still there, while others leave – for example, the brewery became so successful it moved to a larger space in Haarlem.

‘We strive not only to change the way people live but also experiment with working and organising together,’ says Piet Vollaard, an architect and one of the founders, explains. 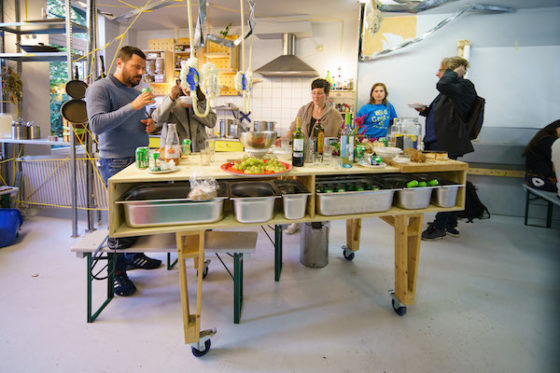 ‘In short, we are learning to share again,’ Erik Jutten, a university teacher and one of SidM’s founders, explained half-jokingly. Such lessons are valuable not only for the tenants. Kubersky views the Commons as ‘possibility spaces’, where citizens can take back control of the city. ‘Often, tenants are not allowed even put a nail in their wall,’ Van Meegen adds. ‘They consume the city space but are not allowed to shape it.’

The foundation is now looking to establish a housing cooperative where residents, as the collective owners, pay rent to ‘themselves’ and is currently in talks with the municipality.

To date, the profit made on the rents is invested in urban research and future projects. For example, a short lived tenancy in the Almondestraat resulted in a ‘Housing Practice Manual’. The manual advises on how to find a cheap living space in the city. It is invaluable to newcomers, foreigners, or others who find it challenging to navigate the city landscape.

The foundation’s main aim, however, is to ensure its long-term existence. ‘We never aimed to be temporary,’ says Jutten. ‘We want to leave a permanent footprint in the city.’