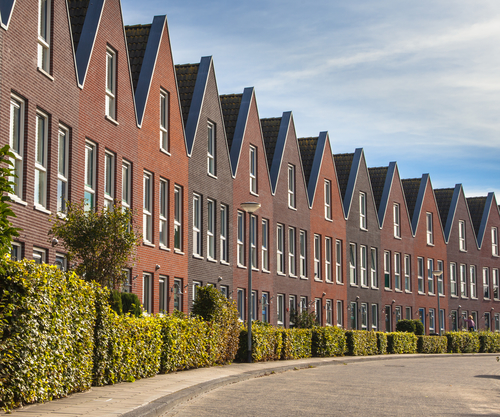 Most local councils will be banning private investors from buying up cheap and mid-priced homes in certain areas of their cities when a new rule comes into effect next year, a NOS survey among ten local councils shows.

A third of all houses sold in the four big cities last year ended up in the hands of developers, prompting first-time buyers to take greater financial risks or preventing them to get onto the housing ladder at all.

The financial markets authority warned on Thursday that between 20% and 40% of first-time buyers were taking out bigger mortgages than the rules allowed. Around 10% told an AFM survey that they did not include their student debt in their liabilities, as they are legally obliged to do.

Under the new rule a house in the cheap and mid-price segment which changes hands cannot be sold for the first four years, which is hoped will discourage investors.

The change in the law, which is expected to come into effect from January 1 next year, is welcomed by most big cities, who told NOS they want to ban developers altogether.

Local councils will have to justify a ban by showing that the lack of cheap and mid-priced homes in some neighbourhoods is distorting the market and is therefore ‘necessary and effective’.

It is up to the councils themselves to define which homes fall in the price categories. Most said they wanted to include as many as possible, although here too the law requires them to justify their decision.

Tilburg is the only local council which specified a limit. It defines a mid-priced house to have a WOZ value of up to €325,000, or the maximum national mortgage guarantee (NHG) amount.

Amsterdam, Utrecht and Tilburg are among the cities who want the rule to cover the whole city to prevent a ‘waterbed effect’, where investors shift their focus to neighbourhoods where the ban does not apply.

The Hague city council is contemplating a ‘broad application’ of the ban, but said the legal grounding had to be watertight.

Utrecht said it expected disgruntled investors to seek legal redress and the four big cities and Eindhoven would have to co-ordinate their approach in order to strengthen their legal position.

Housing investors organisation Vastgoed Belang, which represents private landlords, said the rule would only increase the lack of mid-priced rentals. ‘Local councils seem to give the advantage to people who want to buy a home, not those who are not yet in a position to do so. It seems the measure is purely focused on combating excesses in the housing market,’ a spokesman told the broadcaster.

Investor Jeroen Lentze, who owns over a hundred houses in The Hague, said he welcomes measures to combat ‘negative trends’ such as investors buying up whole streets and setting excessive rents, but draws the line at a complete ban. ‘That is not a solution. I buy up top floors and then add another floor. I provide more housing for the city.’