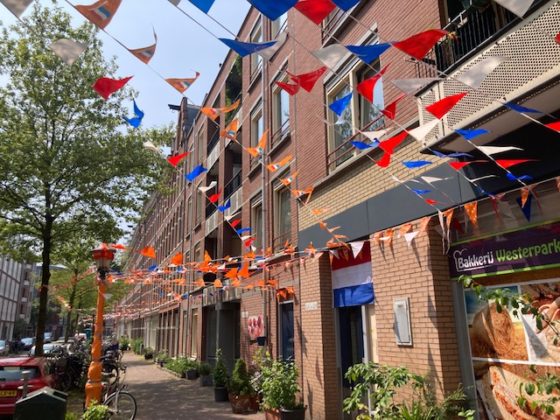 The Dutch kick off their Euro 2020 football campaign on Sunday with a match against Ukraine. Here’s what you need to know about Oranje and the European championships.

Having failed to qualify for the last two major summer tournaments, the Dutch are uncharacteristically downbeat about their prospects at Euro 2020.

Frank de Boer has described his team, currently 16th on FIFA’s world ranking list, as among the ‘fourth to eighth’ best contenders and has set his sights on reaching the semi-finals. The bookmakers share that analysis, giving Oranje odds of around 12/1 of lifting the trophy on July 11.

There are some genuine stars and exciting prospects in the Dutch squad, but the general feeling is that the team lacks strength in depth and is constricted by De Boer’s cautious style. Unconvincing results since Ronald Koeman quit to take over at Barcelona, notably a 4-2 defeat to Turkey that complicated the qualifying campaign for the next World Cup, have reinforced the sense that the coach is still searching for the right mix.

After the 2-2 draw with Scotland in Portugal last Wednesday, when only a late free-kick by Memphis Depay spared Oranje’s blushes, De Boer said the players were still adapting to his 5-3-2 system. ‘I saw a few good moments, but not enough,’ he conceded. The Dutch were more coherent on Sunday as they brushed aside Georgia 3-0 in Enschede.

The loss of Virgil van Dijk, who has not played since tearing a cruciate ligament in October, is unquestionably a major setback. The captain would have formed a formidable centre-back partnership with Matthijs de Ligt, who has matured into one of the best all-round defenders in Serie A, since signing for Juventus from Ajax two years ago.

‘I would have really liked to have Virgil there, not just for his footballing qualities but for his leadership,’ De Ligt told Voetbal International. However, De Boer has good cover available in the form of Ajax’s Daley Blind and another Italian exile, Internazionale stalwart Stefan de Vrij.

Although Oranje lack a proven world-class striker, PSV’s Donyell Malen is one of several young Dutch players who will be hoping to catch the eye of Europe’s top clubs. The 22-year-old has scored 30 goals in 46 matches in the last two Eredivisie seasons and Barcelona, AC Milan and Liverpool are rumoured to be in the race for his signature.

He will be supported up front by Depay, who has become one of the mainstays of the national team, scoring both goals against Scotland to take his total in internationals to 25. Wout Weghorst has had an impressive season at Wolfsburg, while the veteran Luuk de Jong is available as an impact substitute if the Dutch struggle to break down weaker opposition.

De Boer’s trump card is the wealth of attacking options from midfield. Georginio Wijnaldum, who has taken over the captain’s armband from his Liverpool clubmate Van Dijk, has notched up more than 20 goals at international level. Davy Klaassen has been rejuvenated since returning to Ajax last October, earning his first international cap for three years a month later, and was instrumental to his club’s title-winning season.

And then there is Frenkie de Jong, who has fulfilled all his considerable promise since joining Barcelona in the summer of 2019. At 24, he is entering the prime of his career and should be one of the stars of the tournament. His technique, his range of passing and his work rate make him the most accomplished Dutch player of his generation.

‘He covers a lot of the field, he has good recovery and now he has discovered that he can score too,’ Barça legend Xavi Hernandez recently told La Vanguardia. ‘He is a total footballer for modern football.’

No Dutch squad is complete without a precocious teenager or two. Ryan Gravenberch has become a first-team fixture for Ajax at the age of 19, with his strength in possession and surging box-to-box runs.

His team-mate Jurriën Timber, who will turn 20 during the tournament, has had an even more rapid rise. Despite having just 21 senior games under his belt, the left-back was one of the few players to shine during the 2-2 draw with Scotland. ‘He’s very important in the build-up,’ NOS analyst Ibrahim Afellay said after the game. ‘Whenever something happens, it comes from him.’

A 5-3-2 formation gives attacking wing-backs such as Timber, AZ Alkmaar’s Owen Wijndal and Denzel Dumfries on the right more opportunity to push forward. The danger is that Oranje will be left exposed at the back, particularly as they are short on defensive alternatives.

As well as the loss of Van Dijk and Donny van de Beek, who pulled out this week, recent injuries to Daley Blind and Nathan Aké may limit their impact on the tournament. If Frenkie de Jong takes on a more forward role, a lot will rest on the shoulders of Atalanta’s Marten de Roon, who underwhelmed against Scotland and Georgia.

First-choice goalkeeper Jasper Cillessen was dropped at the last minute following a positive coronavirus test, leaving De Boer pondering whether to promote Maarten Stekelenburg, back in favour at Ajax because of André Onana’s doping suspension, or Tim Krul. The experienced Krul has had a confidence-boosting season with newly promoted Norwich City and is a fine shotstopper, but against Scotland and Austria he showed he is still susceptible to being caught out from long range.

Some of De Boer’s selections have raised eyebrows, like defender Patrick van Aanholt, who has struggled to hold down a first-team place at Crystal Palace this season. Donny van de Beek was the third member of the ‘golden trio’ that took Ajax to a Champions League semi-final in 2019, alongside De Jong and De Ligt, but he has fallen out of favour since his €35 million move to Manchester United last summer. Out of the squad injured, De Boer has opted not to replace him.

Most noteworthy of all was the inclusion of Quincy Promes. The winger abruptly left Ajax and returned to his former club Spartak Moscow in February, not long after being arrested in connection with a stabbing incident at a party in July. De Boer evidently feels Promes’s speed on the ball and ability to play across the front line offer him an extra attacking dimension, but there must be doubts about his participation in the group games in Amsterdam.

The draw has been kind to the Dutch, pitting them against possibly the weakest team in the tournament in North Macedonia, and they will not be overawed by Austria or Ukraine. If they win their group they will take on a third-placed team, though that could pit them against France, Germany or Portugal, who have been drawn together in Group F. Progress from there will yield a quarter-final against the runners-up from Group A or B – possibly Turkey, Denmark, Switzerland or Russia.

Russia, incidentally, were the team that sparked a national trauma when they eliminated Marco van Basten’s highly regarded side from the 2008 tournament. After swashbuckling wins against Italy and France, the Dutch ran aground against a team directed by the wily veteran Guus Hiddink. It gave birth to the reproach ‘mooi verliezen is toch verliezen’ – losing in style is still losing – and the pragmatic football under Bert van Marwijk that took the Dutch to a World Cup final but had all the appeal of overcooked stamppot.

Since the Russia debacle the Netherlands have gone 13 years without winning a match at a European finals tournament – all the more reason for fans to hope De Boer can give them something to cheer at long last.

Group matches (all played in the Amsterdam ArenA)