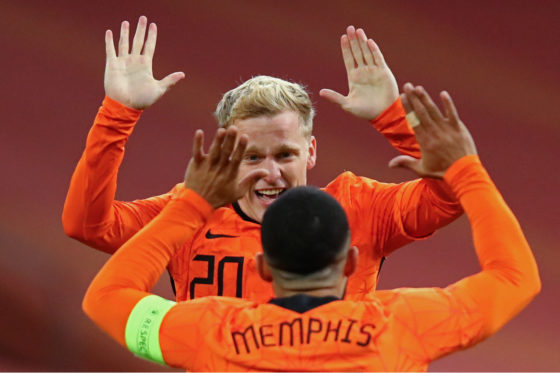 Midfielder Donny van de Beek has withdrawn from the Netherlands’ squad for Euro 2020 with an injury.

The Dutch football association (KNVB) did not say what type of injury the 24-year-old suffered, but the Telegraaf reported it was a groin strain.

Van de Beek had been playing on painkillers for several weeks, but KNVB doctor Edwin Goedhart warned him he risked exacerbating the problem at the tournament, according to the newspaper.

Van de Beek was one of the stars of the Ajax team that reached the Champions League semi-finals two seasons ago, but since moving to Manchester United last summer for €35 million he has struggled to hold down a first-team place.

He has played 19 international matches to date, but his last appearance was the 7-0 win against Gibraltar in a World Cup qualifier in March.

Coach Frank de Boer will not call up a replacement so close to the tournament, which starts for the Dutch on Sunday, leaving him with 25 players in his squad.