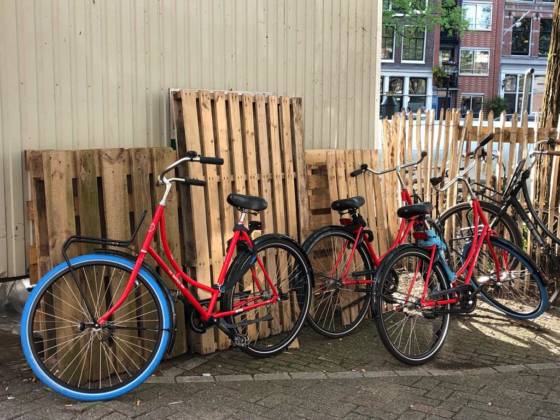 So, if you are nursing a New Year hangover, recovering from an icy dip in the sea or just taking it easy, here is a recap of the best read features on DutchNews.nl in 2019.

Rain in the Netherlands has a texture it does not have back home
What do you do if you are the Netherlands as a trailing husband while your wife works in a high powered job? Visiting columnist Joe Weeg wrote a personal piece about how quiet the Dutch rain is.

The best budget restaurants in Amsterdam
Amsterdam Foodie Vicky Hampton shares her tips for good value eating in the Dutch capital. There are, she says, still several good eateries where you can have a simple meal for around €10,and a handful of decent restaurants serving a multi-course feast for under €25.

The deadliest woman in the Netherlands
Maria Swanenburg is arguably the most prolific female serial killer of all time, so why isn’t she world famous? Brandon Hartley looks at a fearsome former Leidener, and a group of modern day residents who are keeping her macabre legend alive.

Highly-skilled, happy and at home, the Indian expat experience
Plugging a knowledge gap in the Dutch workforce, Indian migrants make up one of the fastest-growing expat groups in the Netherlands. Deborah Nicholls-Lee looks at how this new community experiences the Netherlands and its changing cultural landscape.

Between stereotypes: being a male sex worker in Amsterdam
Amsterdam’s red light district is famous all over the world, but represents just a small and visible part of the city’s sex industry. Federica Veccari interviewed a male sex worker about his life and political activism.

Yet another Dutch lifestyle craze? Nix it, stop reaching and drop it
The supposed Dutch art of doing nothing, the Dutch reach for car drivers and dumping your kids in the woods at night. Molly Quell took a look at American newspapers’ obsession with discovering new lifestyle crazes which we know don’t really exist.

A taste of home: international food stores in the Netherlands
We asked you where you buy the food and drink that makes you think of home. This is what you told us – from Argentina to Russia, from Nigeria to Poland – updated with all your new suggestions.

When living in Amsterdam is the opposite of cool
Every month we feature one of our favourite bloggers. Ana V. Martins is a Portuguese actress and her blog Amsterdive focuses on her life in the city. This entry, in which she looks at the downside, struck a chord with many of you. 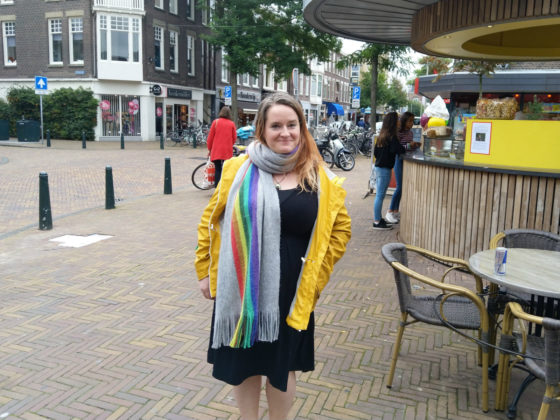 Brexit and me. Photo: DutchNews.nl

Brexit and me: It will be nice to belong to a country that makes sense
Gordon Darroch’s interview series looks at British nationals in Amsterdam and how they are coping with Brexit. Matty Mitford, 42, moved to Amsterdam in 2013 as a campaigns organiser and is currently studying graphic design in The Hague. She plans to take Dutch nationality so she can remain an EU citizen after Brexit.

Pay-to-pedal: subscription cycle firm wants to shake up the way we bike
Everywhere you look in major Dutch cities, there seem to be bikes with distinctive blue front tyres – on the roads, sprawled along pavements, and even joining the sorry crew of lost vehicles dredged out of canals. Senay Boztas checked out Delft bike company Swapfiets.