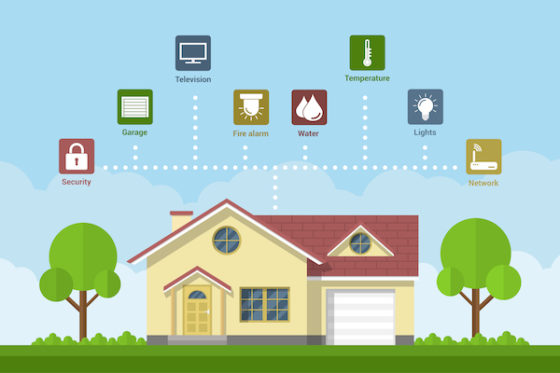 One-third of Dutch households are using some sort of smart home technology, to regulate their heating, monitor security and even switch off lights.

Intelligent robot vacuums that clean the floor, your children telling the bathroom light to turn itself off and checking who is ringing your doorbell while you are having drinks with the neighbours – smart home technology is seeping into many aspects of our lives.

Yet despite the advantages smart home technology offers, research published in September shows that even though almost two-thirds of Europeans are interested in installing some sort of smart system in their homes, most have not yet gone down that road.

The research was published by the Smart Home League, an alliance of companies involved with smart home technology. It showed that although only 11% of European homes currently employ some form of smart technology, that total is set to accelerate as more devices are developed and more consumers become aware of the advantages they bring.

German intelligent home climate management system Tado for example, says it want to demonstrate how technology can help people make their lives easier with technology, while saving energy and cutting energy bills at the same time.

Energy saving is a hot topic in the Netherlands and the Dutch can count themselves among the early adopters when it comes to smart homes. Research by the Smart Home Monitor early this year showed over one third of Dutch households already have some form of smart home technology, far outstripping the European average.

Energy and climate control systems to help residents to reduce energy consumption and save money were top of the popularity list, followed closely by followed by lighting and home security.

Consumers have a wide choice of devices and suppliers to choose from. Among the dozens of security systems on offer, French firm Netatmo has smart alarm systems using cameras, movement sensors and smoke alarms so you can protect your home both inside and out. The company also produces air quality monitors and heating system regulators. The aim, the company says, is to ‘help users create a safer, healthier and more comfortable home’.

While the advantages of a complete home security system are easy to see, some of the more minor services offered by smart home technology – such as light switch control – might seem a waste of time.

However the Smart Home League research showed that two-third of Europeans are bothered by simple household tasks such as turning down the heating and searching for keys – which can be easily solved using smart home technology.

The smart home is currently moving from early to mass adoptions, but to drive that forward, companies much make sure devices are accessible, affordable and easy to use, the League says. Smart speakers like Amazon Echo and Google Home have accelerated smart home adoption, because they are simple to set up and easy to integrate into every day routines.

In this way, the smart home can support consumers by making their homes safer, more comfortable, more energy efficient and increasingly cost effective.

The alliance survey also showed that 37% of people plan to buy a smart home product within the next year and that 68% of people who already have one such product are ready to buy another. This, the compilers say, suggests people who use them are aware of both the value and the benefits.

‘People want a smart home that provides them with a positive experience,’ says Dave Ward, European product director at Smart Home Alliance member Ring in a press release. ‘They want to see a true benefit, something that solves an issue, rather than simply adding technology to their home.’