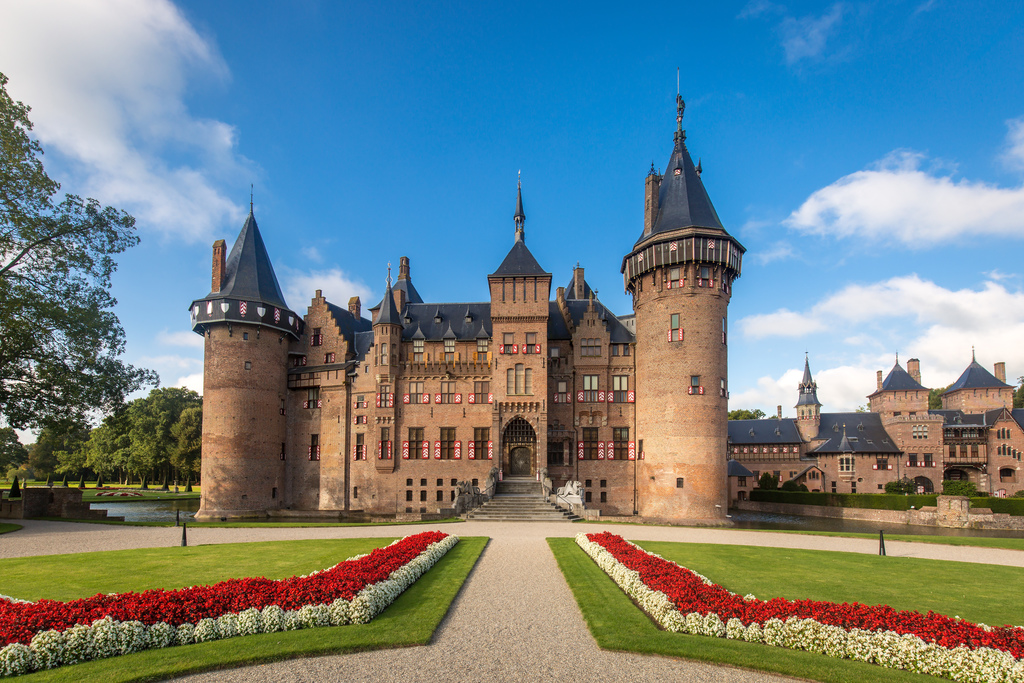 You may have never heard of Kasteel de Haar, but it’s the largest castle in the Netherlands, with a long and entertaining history. Today the castle is partly open to the public and photos of the jet set celebrities who visited line the walls in a hallway in the former stables, which house a cafe.


During his first visit to Kasteel de Haar in 1960, Gregory Peck got lost while searching for the bathroom in his bedchamber. To be fair, the average one in the historic castle is bigger than many apartments in central Amsterdam. They’re also filled with ornate furnishings, and the light switches can be difficult to track down, especially in the dark.

But Peck is just one of a long list of celebrities and political dignitaries the castle managed to attract between the 1950s and 1970s, including Roger Moore, Elizabeth Taylor, Coco Chanel, Michael Caine, Yul Brenner, and Brigitte Bardot.

And it’s not difficult to figure out why. Kasteel de Haar sits on a 135 acre estate on the western outskirts of Utrecht. The grounds are currently home to lush gardens, picturesque ponds and canals, a hedge maze, a chapel, several bridges, and more than a few deer.

The castle itself wouldn’t look out of place on the cover of a fantasy novel. Built in the neo-Gothic style with towers, moats, drawbridges, and ramparts, it contains 200 rooms and, in case you’re wondering, 30 bathrooms. 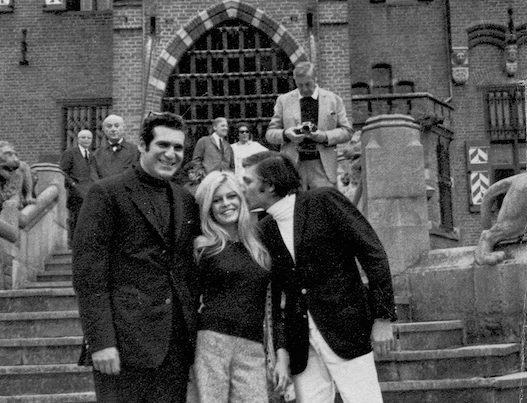 The castle’s history dates back to at least the late 14th century. That’s when the Prince Bishop of Utrecht granted it to the Van de Haar family who established a fief on the property and built its first castle, which consisted of only a single tower. It was destroyed about a hundred years later and replaced by a second larger castle that steadily fell into disrepair during the 17th century.

The property passed through several hands until it was inherited by Baron Etienne van Zuylen van Nijevelt in the 19th century. By then, various storms, military conflicts, and the ravages of time had reduced the building to little more than a ruin.

The baron and his wife, Baroness Hélène van Zuylen, the heiress to a French banking fortune, were determined to replace it with one of Europe’s most extraordinary castles. They hired Pierre Cuypers in 1892 and later his son Joseph as well to work on the project. By then, the famous architect had already designed the Rijksmuseum and Amsterdam Central Station. 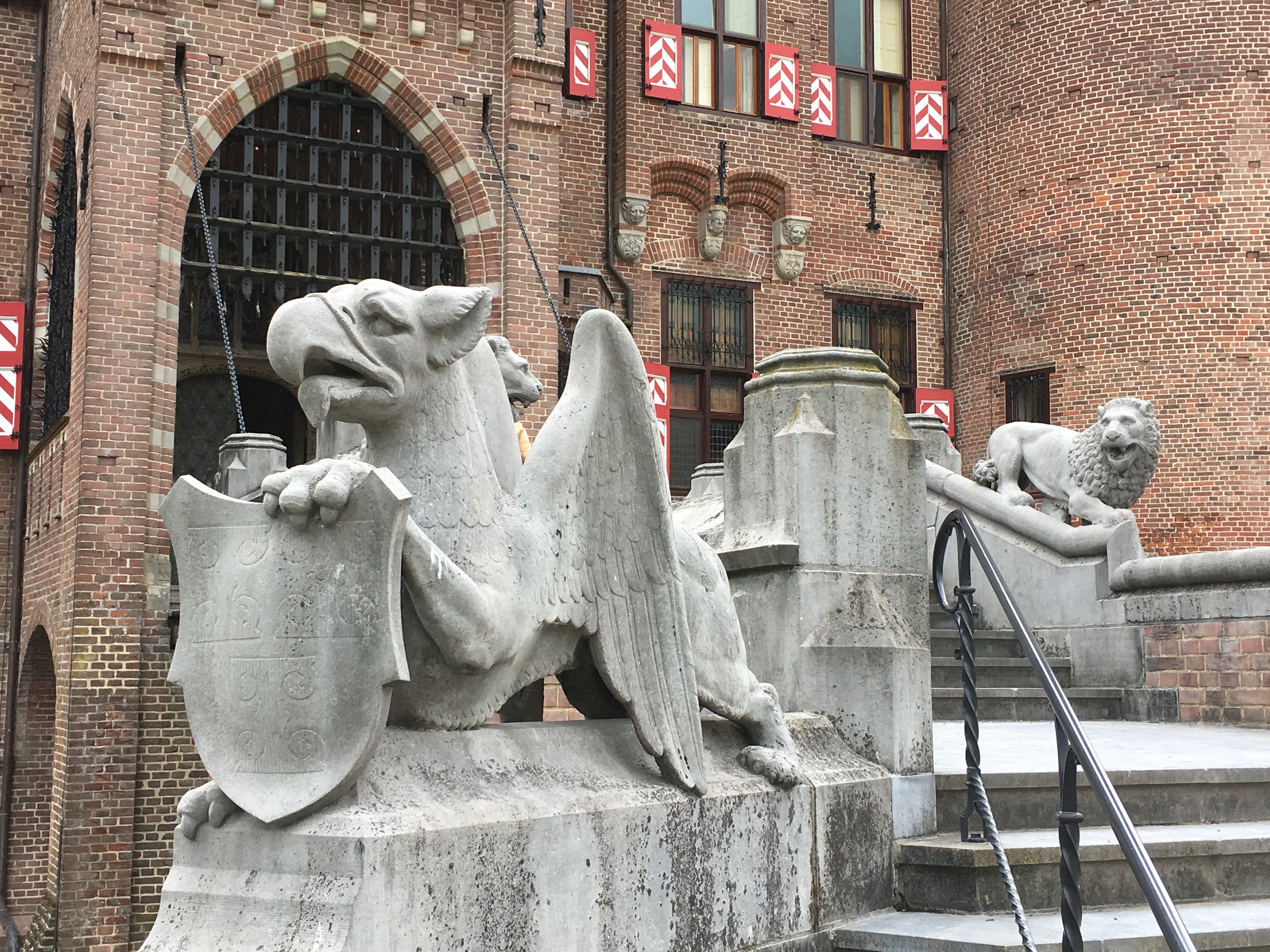 While the baron and baroness split their time between the Netherlands, France, and various treks around the world, the castle slowly came together and was completed by 1907.

Along with packing it full of ‘modern luxuries’ like electric lighting, a telephone, and steam-powered heating, Cuypers worked in ornate wood-carvings, stained-glass windows, statues, and a breathtaking main hall that resembles the interior of a Roman cathedral.

Hélène also had big plans for the surrounding grounds. She decided to fill the property with 7,000 fully grown trees as part of design plans drawn up by landscape architect Hendrik Copijn.

She had them shipped in from around the region, but there was just one problem: they didn’t quite fit through the narrow streets of Utrecht. Undaunted, Hélène bought a house in the city that was blocking one portion of the route and had it demolished, or so the story goes. 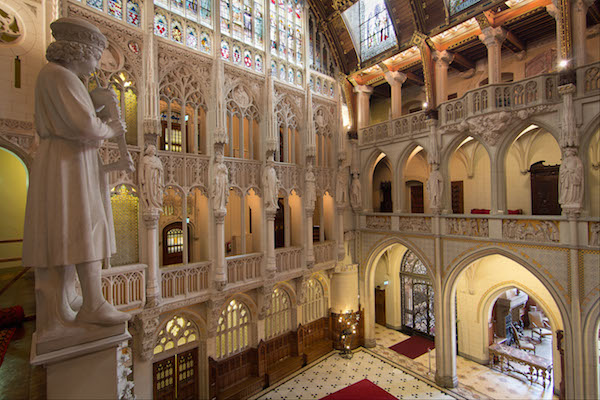 The baron and baroness never planned to live at the castle full time. They thought of it more as a seasonal home where they would receive various high-profile visitors every September.

The castle was eventually passed down to their only surviving son who, along with the rest of the family, fled to New York as World War 2 engulfed Europe. During and after the conflict, the property was used for military purposes and the housing of refugees. The castle itself remained undamaged, but the grounds were converted into vegetable gardens. Many of Hélène’s trees, meanwhile, were chopped down for firewood.

The gardens were steadily restored to their former glory in the years that followed along with a revival of what the family dubbed ‘The September Tradition’ of hosting gatherings at the castle for various royals, celebrities, politicians, and titans of industry. The tradition continued while it was owned by Hélène and Etienne’s grandson, Thierry. 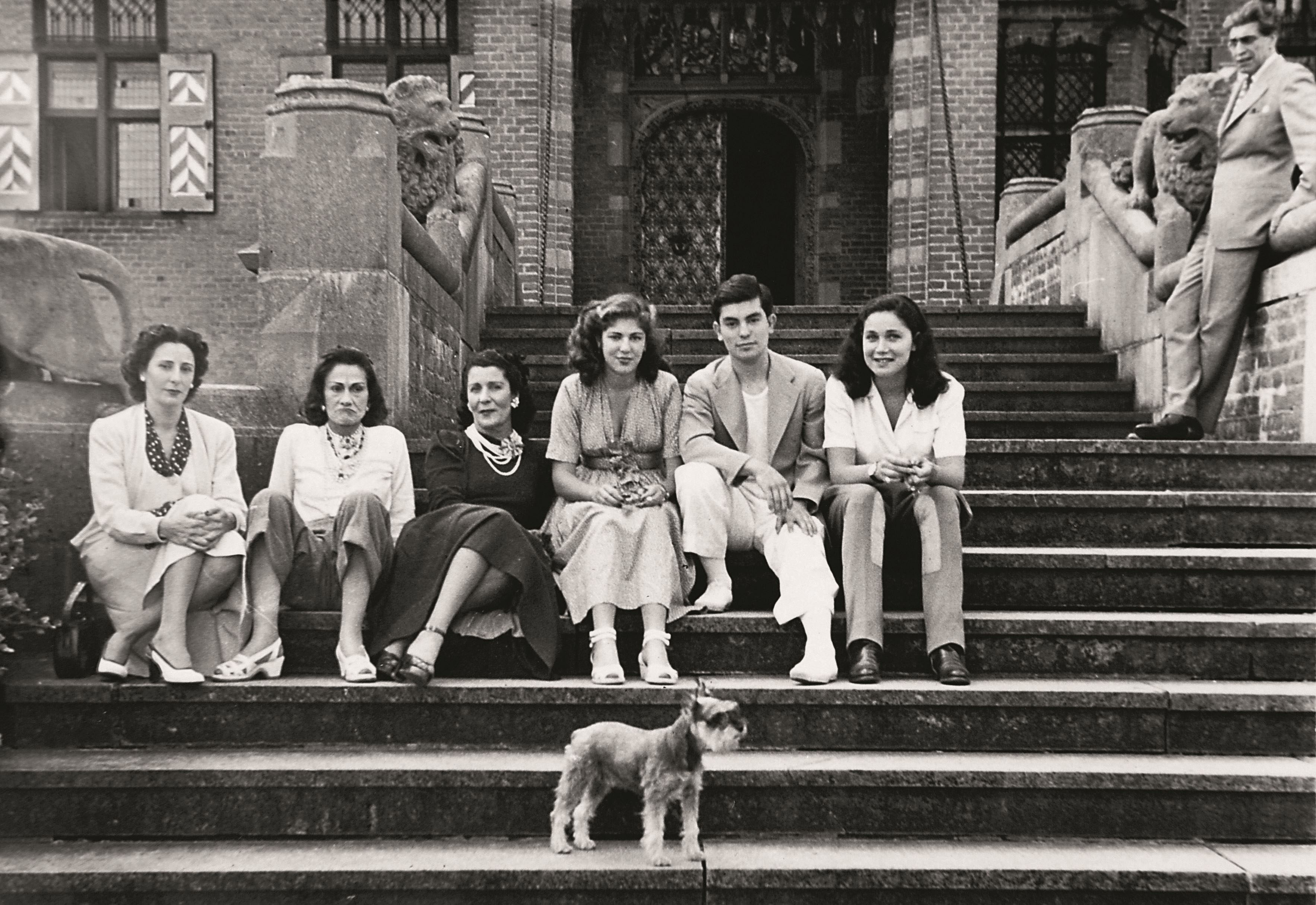 Coco Chanel was there as well. Photo: Kasteel de Haar

It should go without saying that maintaining a castle this elaborate and hosting fancy soirees isn’t cheap. Changing times and the costs of upkeep slowly caught up with the Van Zuylens. Thierry and Gabrielle divorced in the 1980s and, by the late 1990s, the castle’s medieval foundations were crumbling as well.

The family made the difficult decision to divide up the property in 2000. The castle and a few dozen acres surrounding it were turned over to a foundation named ‘Stichting Kasteel de Haar’. The remainder of the property was converted into a nature reserve. Steady restoration work was conducted on the castle over the next ten years and it opened to the public in 2011.

Stroll around the grounds


Kasteel de Haar now receives around 300,000 visitors annually who can explore several of the rooms within the castle in addition to its elaborate main hall and colossal kitchen.

Guided tours lead the curious into the castle’s recently reopened chambers where servants worked and slept up on the third floor. These ‘hidden rooms’ were long kept out of sight of both visitors and the family as well.

‘After the recent restoration, these rooms can now be visited by the public for the first time,’ says the castle’s marketing chief Nienke Slaghuis. ‘Through hidden corridors and narrow spiral staircases, they can enter these secret rooms of the castle.’

Along with viewing several centuries of art, ceramics, furniture and tapestries, visitors can also enjoy temporary exhibits. The latest one at the time of this writing is devoted to the globetrotting journeys of Baron Etienne and Baroness Hélène. It continues through to 15 December, 2019. 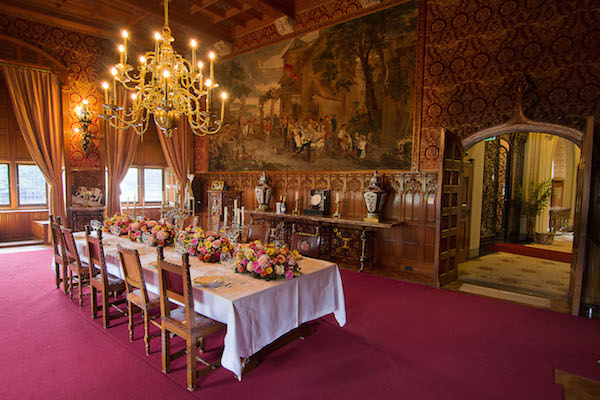 Couples hoping for the perfect fairy tale wedding would be hard pressed to find a better location for their nuptials than the chapel, which can accommodate up to 130 guests. Smaller ceremonies can be held in the castle’s library and other rooms.

‘It is possible to use the castle as a location for a dinner, a reception, or a meeting,’ Slaghuis said. ‘However, the castle can only be rented in the evenings. Staying overnight is not possible.’

Those searching for a less romantic but equally way to experience the castle can find it at the annual spring Elfia festival. The medieval event features performances, demonstrations, a market, and plenty of attendees dressed as wizards, royals, and knights. There castle also hosts an annual Christmas festival.