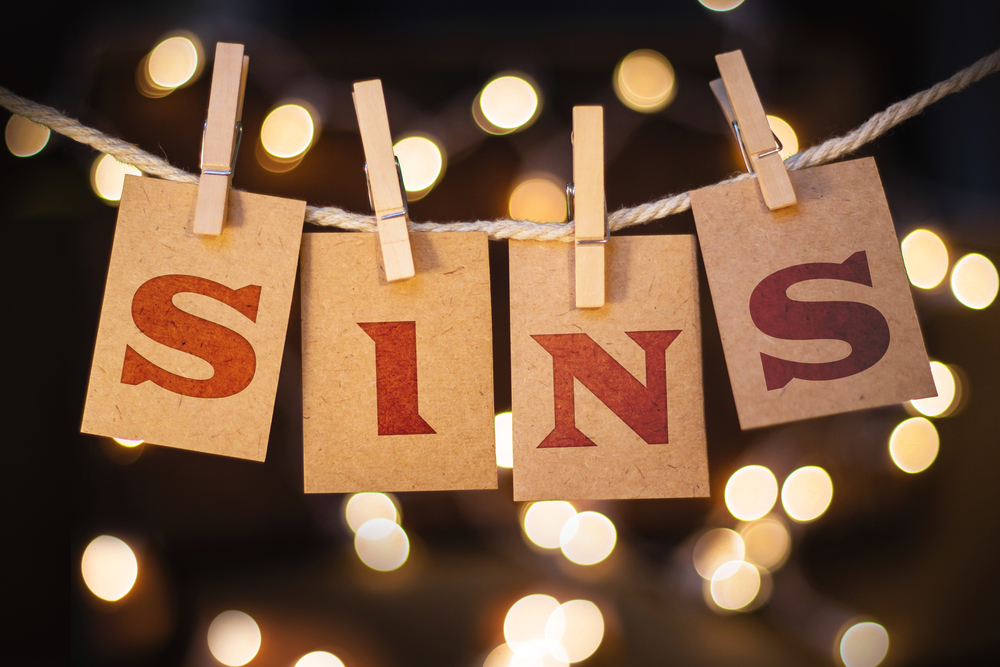 The New Year beckons and with it a slate mercifully wiped clean of pride, greed, lust, envy, gluttony, wrath, sloth and anything else you swore you would stop indulging in last December. But where does the Netherlands stand as a nation when it comes to the seven deadly sins? We have gone through the archives to gauge the nation’s sinfulness in this darkest of months.  Read it and repent, ye sinners.

Pride come before a fall and Camiel Eurlings’ has been an exceptionally lengthy slow motion tumble. The former CDA golden boy, who, after a glittering career in politics, went on to do an ignominiously short stint at KLM, found himself underperforming at IOC*NSF when he decided to beat up his girlfriend in 2015. Amid protestations of innocence, he clung on to the job until January this year.

The Dutch love a survey especially when it shows them to be the best at English, the tallest race on the planet, or in possession of the happiest children in the whole wide world. And this year they were happy about absolutely everything. So yes, yes, YES we get the message: the Netherlands and the Dutch are the envy of the world. We think it pretty boastful to keep labouring the point, so we’re putting Dutch surveys under pride.

Where to start? VVD MP Han ten Broeke had to go after it was revealed he had lusted after a young party worker five years earlier while GroenLinks MP Rik Grashoff and GroenLinks party chair Marjolein Meijer had a fling and then lied about it. But the prize for the juiciest scandal has to go to D66 leader Alexander Pechtold whose affair with, and subsequent ditching of, a much younger local councillor made headline news, not to mention his alleged new fatherhood of a pair of lusty twins.

Lust was also at the bottom of lifestyle guru Emile Ratelband’s wish to be officially twenty years younger than his biological age. Ratelband wants to be in with a fighting chance on Tinder, he said. Tjakka, is all we can say to that.

Money LaunderING bank faced a humongous fine of €775 million (but not prosecution) because it allowed criminals to use their accounts to wash, spin dry and air their ill-gotten gains with impunity. Greedy criminals, certainly, but how much was in it for that reprimanded bank staff? We shall never know.

There was lots this year about greedy Airbnb gobbling up the Amsterdam rental market, sending local councils into a tizzy of regulation. We shall see how the company will get around, eh, adapt to it in the New Year.

And a special place in hell is reserved for the pig breeders in Lunteren and Nuenen (and elsewhere) who cut off piglets’ tails without anaesthetic so as not to compromise profits.

Envy of the mine-is-bigger-than-yours variety has been quietly raging between Amsterdam and Utrecht this year. Bike storage envy is fuelling the construction of ever bigger bike parks in the two cities, with Utrecht holding the crown, for now, with 12,500 spaces. But look out Utrecht. Amsterdam is working on another 4,000 spaces to add to the 10,000 it already has around its main railway station. However, many more are needed, so prepare to see bike parking envy increase even more.

And here’s Utrecht again. This time it’s the cut-off-your-nose-to-spite-your-face type of envy which saw the local council decide to ignore the charming but unwritten rule that no building in the city can exceed the height of the Dom church tower. The architects must have really, really envious to come up with a residential tower block 28 metres taller than the Dom.

Not a popular subject for this time of year but one that will undoubtedly feature on the good intentions list come January 1. However, the good news is that although the Dutch still eat and drink too much than is good for them, they are slowing down slightly.

Glutton (for online punishment) of the year 2018 is Forum voor de Democratie’s Thierry Baudet who wanted to let the nation know how well-rounded he was on the edge of an infinity pool. We are thinking too many nights at the opera followed by a steak dinner.

There was a lot of righteous indignation in 2018, with peak wrath occurring around the annual Zwarte Piet protests. There were many overheated discussions and near riots but does he who shouts loudest shout longest? Surveys show black-face Piet is losing ground but next year’s Sinterklaas celebrations will probably be yet another the test.

There was much anger too about the starving animals in the Oostvaardersplassen nature reserve. Social unrest – and death threats made to reserve wardens – made the PR sensitive park authorities decide to feed the animals during the winter months. However, having fed them to save them from starvation, officials have now decided to cull 1,830 deer as we speak. Doubtless, the venison will end up on Dutch dinner tables.

A court effectively told the Dutch government to get of its lazy behind and do more to cut back CO2 emissions this year. Yes, it needed a judge to tell a government to keep to what it had already agreed in international climate agreements. We won’t hold our breath (although it would mean sparing our lungs some crap).

If there such a thing as ‘criminal slothfulness’ a number of Dutch political parties and mega farm owners win this badge. It is a miracle the whole country wasn’t covered in a blanket of smoke from the many factory farm fires that raged this year, killing thousands upon thousands of animals. More research needs to go into things like compulsory sprinkler systems, apparently.

Doubtless it will all be decided at some round-table discussion with input from ministers, industry, green groups, animal rights campaigners… the list is endless. We’ve lost count of how many of these consultations are currently ongoing but they do seem to be a good excuse for the government not to get round to actually doing anything at all.

Any more sins we should include? Feel free to add them in below.