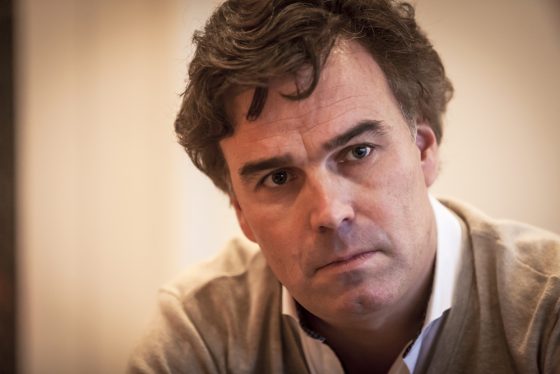 The Dutch representative on the International Olympic Committee has resigned following mounting pressure from athletes and officials over a domestic violence incident in 2015.

In a statement issued on Friday Eurlings, a former minister for the Christian Democrats and CEO of KLM Nederland, said he is standing down ‘in the interest of sport and sportsmen and women’.

‘I sincerely regret what has happened,’ he said. ‘The discussion about whether or not I should stay on is taking attention away from sport and the athletes. That is why, with pain in my heart, I am resigning as IOC, member, the best volunteer job in the world.’

Eurlings has been the Dutch IOC representative since 2013.

Critics called on him to rethink his position after he made a belated apology for the incident in mid 2015, in which he is said to have beaten up his girlfriend. She made a formal police complaint about the attack in December that year.

Last March, Eurlings reached an out of court settlement with the public prosecution department without admittance of guilt but the issue has refused to go away.

Dutch papers claimed that his girlfriend was left with a broken elbow, light concussion and bruising – and at one point he threatened legal action against the woman for slander.

Last week he issued a statement, headlined ‘public apology’ in which he admitted there was an ‘altercation’ between him and his ex girlfriend.

‘The IOC has seen the file and deemed it a private matter,’ he said. ‘The ethical committee has reaffirmed this… nor did the settlement prevent me from obtaining a certificate of good behaviour (VOG).’

He also told the NRC newspaper that he had not had a community service sentence but had done a couple of days community work and that he did not have a criminal record.

However, legal experts told the Volkskrant that Eurlings will have had a 40 hour community service sentence and that he will have, in effect, a police record resulting from the settlement.

The IOC said in a statement: ‘Although we regret his decision, which is a personal one, we respect the step taken in the interests of the lOC, of the Olympic movement, and of all involved.’