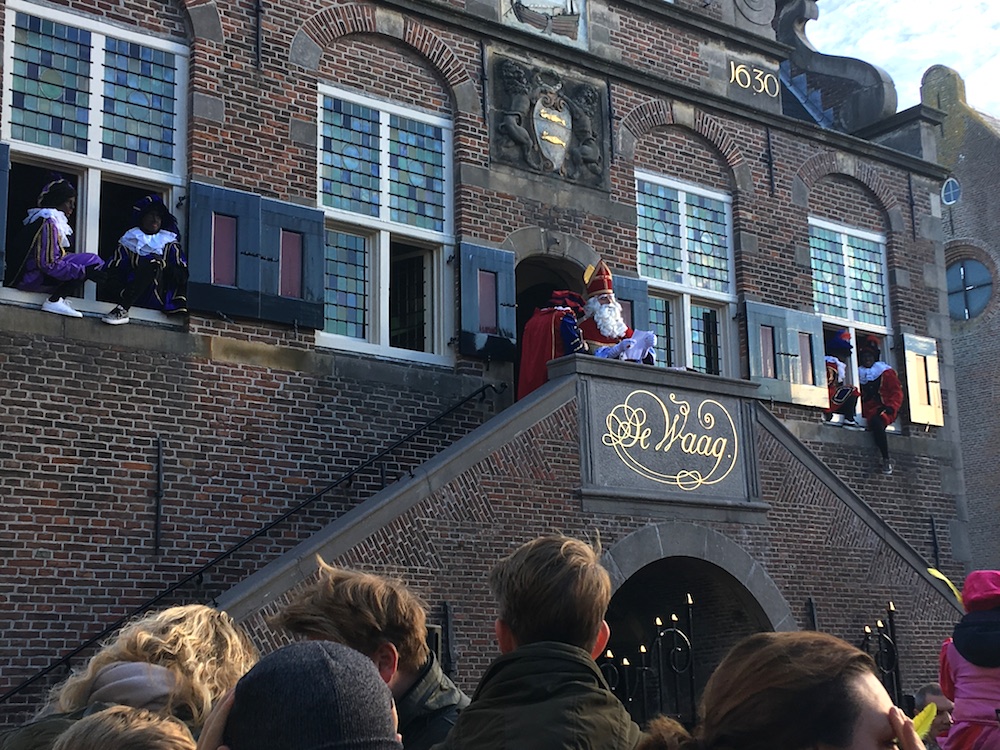 Increasing numbers of Dutch people are willing to accept changes to the colour of ‘Black Piet’ as the debate about the tradition continues to rage.

Research by I&O found that 44% of people questioned supported the introduction of ‘sooty-faced’ Piets or other variations in appearance, compared to 32% when the survey was last carried out two years ago.

Half of respondents said Zwarte Piet should remain black, up from 32% in 2016. The survey sample was weighted to reflect differences across the country in region, age and education. Just 1% called for the character to be abolished altogether.

While the debate in the media has taken an increasingly strident tone and anti-racism campaigners have been physically attacked by counter-protesters at recent Sinterklaas parades, the survey found an increasing number of people across the country wanted to see change.

Primary schools are also more likely to include ‘sooty Piets’ in their December 5 festivities, with 30% incorporating them compared to 25% a year ago, according to a separate survey by education agency DUO. Many schools said they followed the example of the children’s TV show Sinterklaasjournaal, where sooty-faced Piets have become increasingly prominent in recent years.

Both surveys found that the debate about Piet’s appearance had the biggest impact in the Randstad conurbation, where only 34% of people said he should keep his blackface make-up. Across Amsterdam, Rotterdam and The Hague 69% of schools are including sooty Piets, compared to 49% in Utrecht and between 16 and 20% elsewhere. 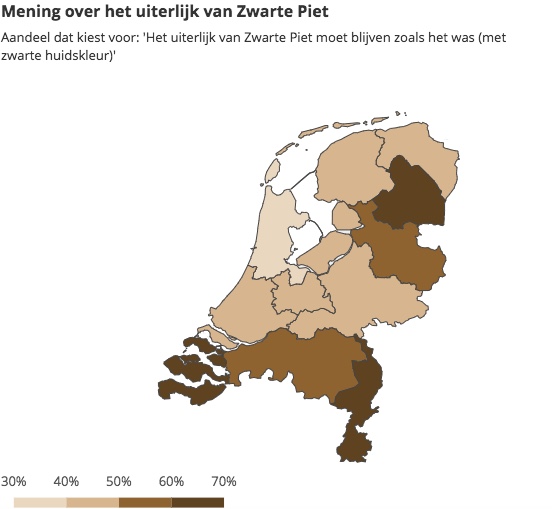 Among university graduates just 31% said Piet should be exclusively black, compared to 58% of those with a middle-order qualification and 68% of those at the low end of the scale.

The biggest shift in opinion was in the 18 to 34 age group, only 38% of whom stood by the traditional form, compared to 64% in the last poll two years ago.

Among the provinces, Limburg was most resistant to change, with 68% agreeing with the statement that Zwarte Piet should stay black, followed by Drenthe with 62%. Despite the traffic-stopping activism of the ‘blokkeerfriezen’ in 2017, Friesland was in line with the national average of 50%.