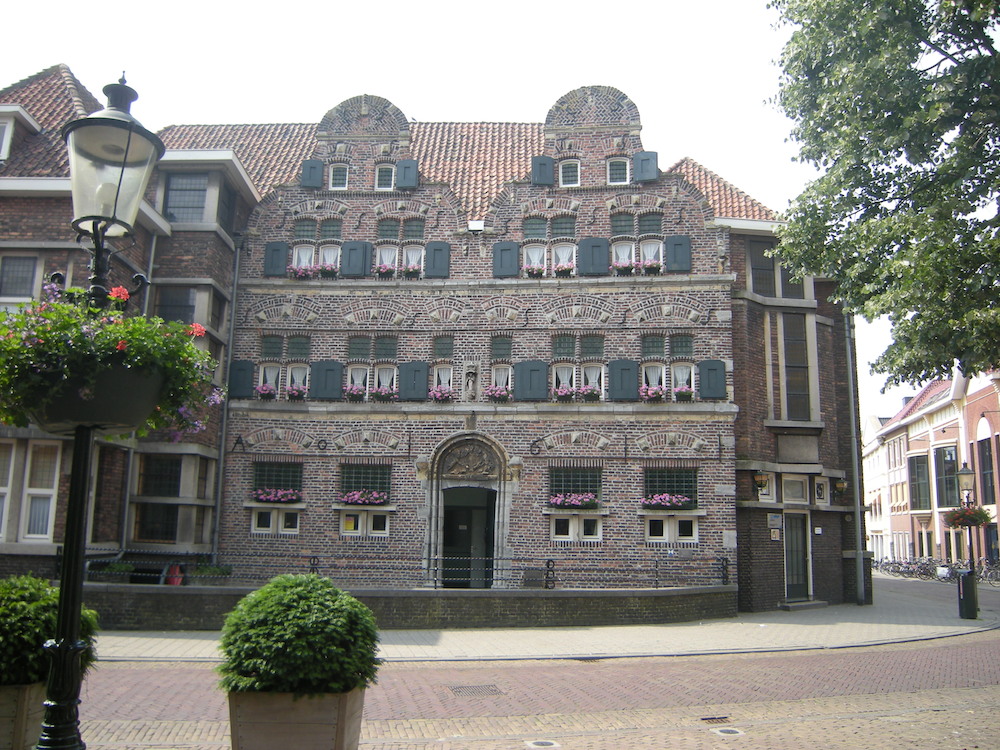 Venlo’s strategic position on the river Maas, right on the border of Germany and the Netherlands, has made it a travellers’ and merchants’ crossroads since Roman times, and a central point in the final battles of WW2. Esther O’Toole has been checking out this very southern Dutch town.

The urban regeneration after the war has allowed Venlo to grow into a bustling city today with a strong local culture and sense of place. And despite the wartime damage, it managed to preserve many historical buildings, like the imposing ‘stadshuis’ on the main square that dates from the end of the 1500s, and overlooks many welcoming cafe terraces in the summer.

The city itself now has nearly 40,000 residents, with a similar number in the greater Venlo area since neighbouring Blerick and Tegelen were incorporated into the council region after the war. Currently, the city’s most famous son is notorious Dutch politician Geert Wilders and the town has brought forth many a politician over the years, alongside singers, poets, footballers and philosophers.

There are a few good museums in Venlo. The biggest, with a good range of activities for young and old, is the Limburgs Museum. Here you can take a deep dive into the cultural history of the borderland region from neanderthal times to the present day. The High Tech Romans interactive exhibition is on until January 2019.

For something on a more intimate scale you could also try the beautiful Jean Laudy Museum Chapel – housed in a former orphanage chapel, the museum showcases the fine art of one of the city’s most well-known portrait painters.

For small adventurous types, all sorts of things to climb on and get into can be found at Playpark Little Switzerland*, an amusement park just to the south of the city, including (according to the Guinness Book of Records) Europe’s highest swing and longest tubular-slide. It’s large, affordable and they have special Halloween activities on all through October! So, for all those Halloween fanatics who think Sint Maarten just doesn’t cut the spooky autumnal mustard – this could be just the thing. Open till the end of the first week of November. 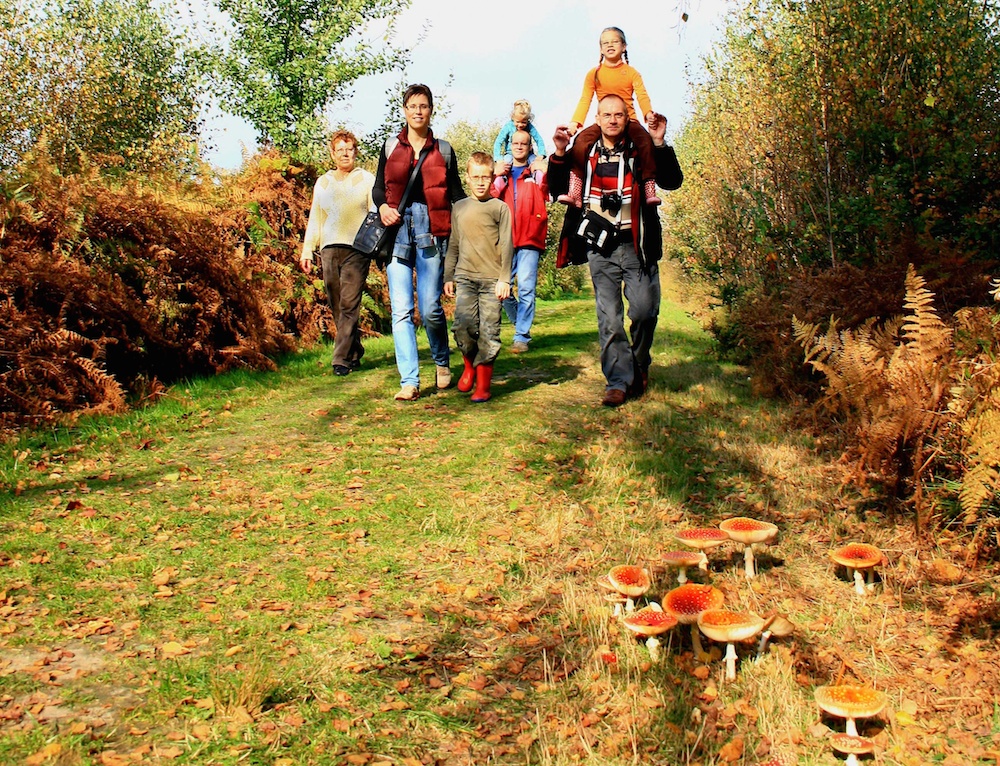 Want to make the most of the late autumn sunshine? Then head out of town to the south-east and, just across the border, you enter Het Brachter Wald. An area of natural, wooded, beauty that crosses between Holland and Germany. It is shut off to cars and perfect for a long walk, bike or horse ride. If you want to stick closer to town, then you can also try a nice long stroll along the river in the some 70 hectares of walking and biking terrain between Venlo and Velden.

Alongside the touring Dutch theatre shows, de Maaspoort has a good range of musical acts for non-native speakers including regular appearances by the South-Dutch Philharmonic. This large, modern theatre, right in the centre of town, was completely renovated in 2013 and offers bars, restaurants and even overnight stays via the Theaterhotel

If you’re after something a little more contemporary you can head over to Poppodium Grenswerk* on the Peperstraat where, in addition to their workshops and regular dance parties, they have a lively performance scene with blues, jazz and rock acts. You´ll get visiting international artists such as US Blues/Rock icon Popa Chubby, popular Dutch radio stars like Nielson and er… the odd Rage Against the Machine tribute act. 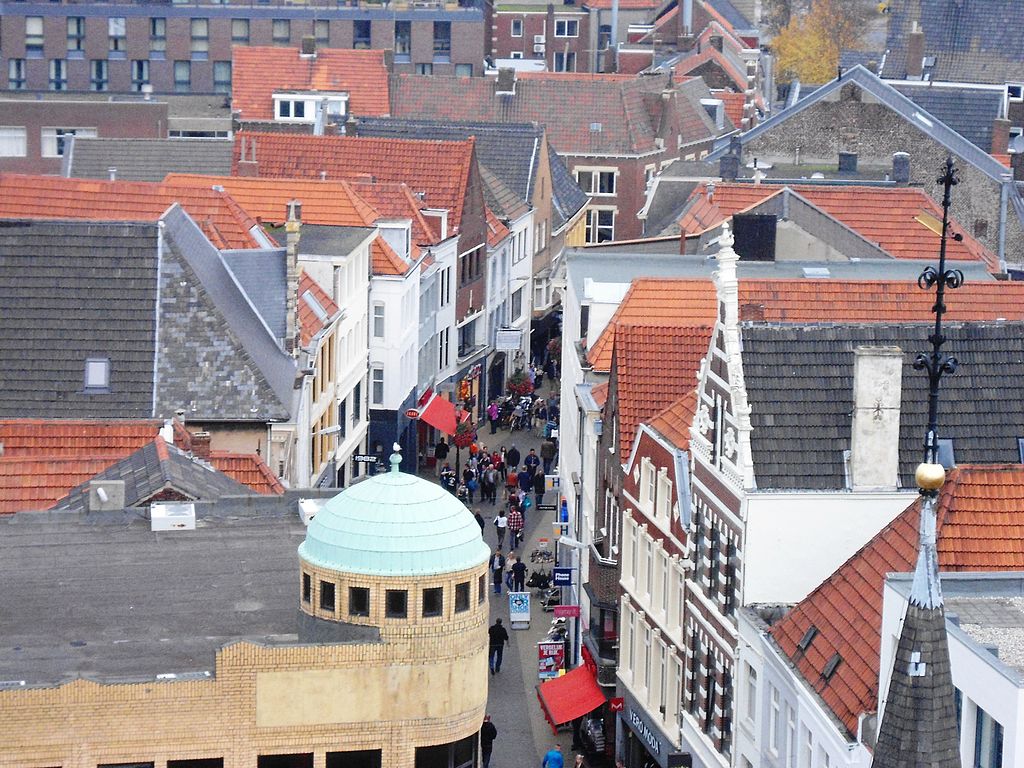 There are plenty of options for dining, to suit all budgets. If you’re making the most of the city shopping centre, then take a quick break at Beej Benders*, a boutique restaurant where all the produce is purchased directly from local farmers/producers. After eating you can buy ingredients in their grocery shop to take away and replicate your lunch at home. In-house pizza and sushi are some of their specialities.

Looking for a craft beer and accompanying bite, then try De Klep*; in local dialect a so-called Preuf and Praotlokaal (taste and talk bar). You will definitely hear more of the local dialect around you while you sample some of their more than 100 beers.

If however, you’re looking to escape the bustle for a bit, or if you want to go upmarket, then you could try the Michelin star Hotel and Restaurant-Brasserie Valuas. Right on the riverside, just between the city and a nature reserve it´s a high-end, family run place with a lovely sunny terrace over the water; and, they too specialise in regional ingredients

In addition to the two hotels already mentioned, the Maashof, Hotels & Suites just across the river in Blerick offers a range of different kinds of rooms, including family rooms; and you can book trips to amusement park Toverland (Sevenum) as part of your stay.

For reasonable, comfortable and well-looked after b&b you could try Het Venloosplekje which has some modern twin rooms, also in the town centre; or the considerable offering on Airbnb if you like staying with locals.

The famous German beer festival, Oktoberfest (which usually runs in Munich from around 22nd Sept – 7th October turning the city into a mecca for lovers of beer and Bavarian hats) also means many spin-off events in the south of both Germany and the Netherlands.

Between October 19 and 21 there is a massive Oktoberfest party in nearby Arcen for instance, and in Venlo itself there is a big, Oktoberfest, pub-crawl on October 20. If you are a craft beer enthusiast with a loud singing voice it may be for you, if not… you have been warned!