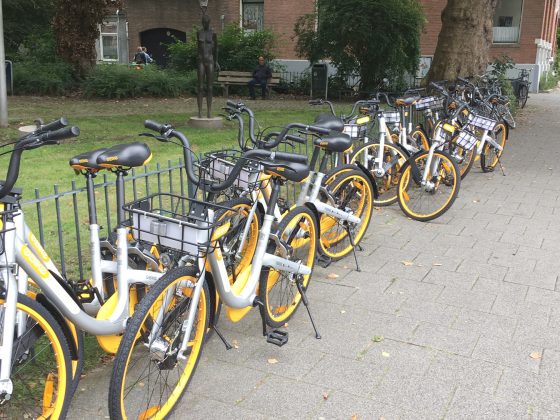 Macro-economist Mathijs Bouman looks at the reactions of the inhabitants of the Dutch capital to the news that the European Medicines Agency will move to Amsterdam.  And of course, he says, they are moaning about it.

It’s party time in Amsterdam. Wouter Bos has pulled it off. Not until the last round, mind you, and thanks to the luck of the Amsterdammers but mostly because of a clever and intensive lobby which made sure the capital was a contender at all.

As soon as Brexit happens the European Medicines Agency (EMA) is leaving London for Amsterdam. Some 900 medicine experts will be making the move as well, taking their families – and their highly-valued purchasing power- with them.

Great news, you might think, but not a day had passed before the first grumblings were heard. According to Amsterdam-based urban sociologist Jan Rath, the agency will only bring more trouble to a city already struggling with housing problems.

Houses in Amsterdam are expensive enough as it is. Starters can’t get on the property ladder and bloody battles are fought over non-rent controlled houses. Those 900 families are going to be the straw that breaks the camel’s back. And what is more, Rath says, the education system will also groan under the additional load, especially the international schools.

Everyone knows: if you’re ambitious and talented, you have to be in Amsterdam. Am I doing Amsterdammers an injustice when I note that Rath’s reaction is typical? Or am I right in thinking that Amsterdammers will consistently disparage the unique privilege of living in the beating and creative heart of the country, a metropole full to bursting with prosperity, economic activity and employment?

The city seems to be living another Golden Age. The population is growing by 10,000 a year because, as everyone knows, Amsterdam is the place to be. Visitors flock to the city from far and wide to work, attend congresses, visit museums and canals. No other city in the world attracts as many young people. Amsterdam comes top in the  Millenials City Ranking, ahead of Berlin, Munich and Lisabon.

And the Amsterdammers themselves? They moan and groan. The centre is so busy, they sigh. You can’t even race your bike across the Damrak on a Saturday. There are tourists everywhere. And the noise of those bloody wheelie bags! The corner shop has become yet another Nutella outlet. The children are locked out of the housing market because speculators are buying up the lot.

The pages of Amsterdam newspaper Het Parool are full of moaning Amsterdammers. All they see is rot and decay. One woman who lives in the oldest monument on Nieuwmarkt complains about tourists standing in front of her house. A urban geographer bemoans the lot of people who once bought a house in the centre for 70,000 guilders (!) but who can now no longer afford to escape the tourist-ridden city at the weekend. My heart breaks for them.

Work, prosperity, progress in a city full of culture and history where a lot of people are dying to live. And yet, Amsterdammers moan. If Adam and Eve had been born in Amsterdam they would have moaned about fallen fruit littering their paradise.