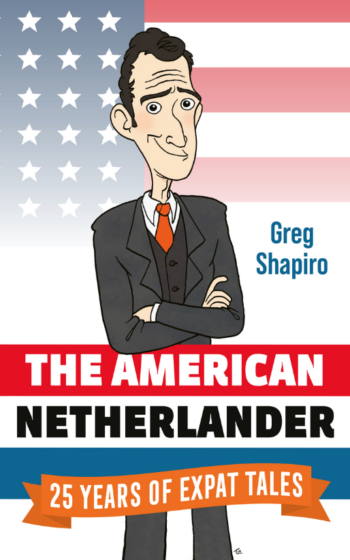 Shapiro’s new book, celebrating his 25 years in the Netherlands, combines the best of his two previous sold-out tomes.

It’s an easy to pick up collection, written in bite-sized chunks, which takes the reader from Shapiro’s arrival at Schiphol airport (‘The first thing I saw out of customs was a Burger King, I thought I was in Pittsburg), to the highlights of his very own inburgering exam.

In between Shapiro sharpens his pen on the Dutch identity, nudity, what to do with the placenta after a home birth and his occasional film roles, including that of playing a French doctor in GTST, the longest-running Dutch soap.

Need a chuckle to while away the hours of coronavirus confinement? If you’ve not read Shapiro’s first two books, then there is plenty of entertainment here. And if you have already got them, buy this book anyway. It’ll make a great gift.