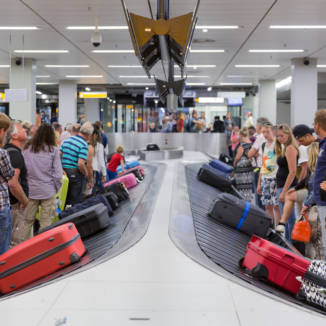 Unclaimed baggage is piling up at Schiphol airport, reports the NOS. The broadcaster, citing five anonymous sources in baggage handling, claims that ‘around 16,000 suitcases’ have been left at the airport, following weeks of travel chaos. ‘There are so many that some piles of suitcases are even outside,’ one told the broadcaster. Another reportedly said that the problems with baggage had not been so large for years. The sources shared images of rooms full of pushchairs, lines of covered luggage... More > 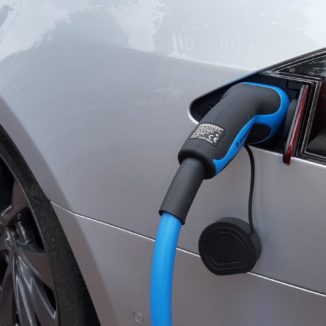 Going electric could mean cheaper parking from next year

Going electric could mean cheaper parking from next year

The owners of electric cars and hydrogen-powered cars could pay lower parking fees from 2023 to stimulate clean car use, junior infrastructure minister Vivianne Heijnen said in a briefing to MPs on Thursday. Heijen is going to adapt local legislation to include the measure but it will still be up to local councils to adopt it. Amsterdam is currently the most expensive place to park, charging up to €568 a year in the city centre, while towns like IJsselstein in... More > 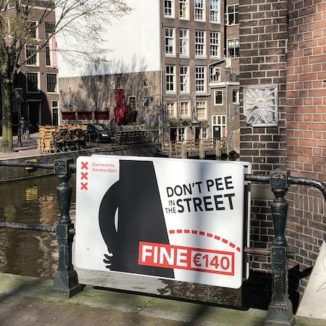 Amsterdam to rethink fines for mistakes with holiday rental

Amsterdam to rethink fines for mistakes with holiday rental

Amsterdam city council has pledged to review huge fines handed out to citizens for making innocent mistakes in holiday rentals. At a council meeting attended by two dozen members of the public who run holiday rentals, the new head of housing Zita Pels said that the city would re-think its policy on punitive fines for first-time offenders. In the meantime, she said, contested fines will be frozen while she investigates the legal position around reversing penalties deemed unfair. Around 30... More > 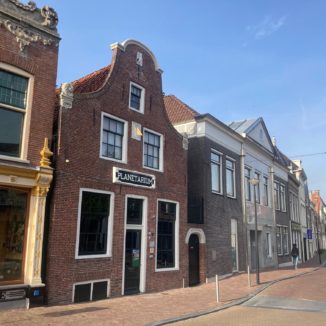 A weekend in a peaceful village seemed like the perfect option when one of our neighbours announced plans for a party. Little did we know that the visit would coincide with Franeker’s Oldies festival. The Oldies Festival, as we soon discovered, is not an event for pensioners, but a music festival focusing on the hits of yore, from the Beatles to Led Zeppelin. It had everything you would expect from a village party – a big stage, a beer tent,... More > 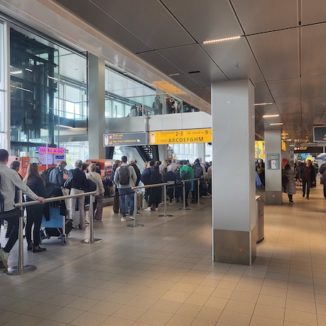 Amsterdam’s Schiphol airport has introduced new measures in an effort to keep queuing to a minimum during the busy summer period and over the Whitsun weekend. In particular, passengers should not arrive more than four hours before their flight is due to depart and ticket checks have been introduced at the steps, lifts and escalators to make sure only passengers with flights leaving within the allotted time can enter the terminal building. ‘If you come four hours or more ahead... More > 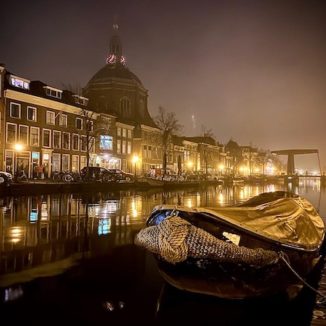 We wrote about Leiden for the Dutch destinations series back in 2018, but there’s plenty more to experience and explore. Here’s a second glimpse at one of the most overlooked cities in the Randstad region.  Leiden is a city of several contrasts. Throughout much of the 20th century it was considered something of a backwater despite being located in the Randstad and serving as the home of Leiden University. Its industrial and blue collar past still echo through the streets... More > 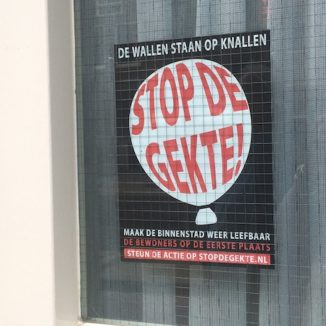 A tough approach to illegal hotels in Amsterdam is unfairly punishing people who make simple mistakes, according to local politicians and a lobby group for B&Bs. Last year, Amsterdam council gave 72 people a fine for holiday rental in breach of the strict rules introduced after universal concerns in the council about over-tourism. Now, however around 30 people have asked for assistance from the Amsterdam ombudsman because they believe they have been unfairly victimised, with fines from €8,700 for what... More >

Trade union FNV has warned that it will be a ‘hot summer’ at Schiphol airport unless improvements in working conditions are made as a matter of urgency. The union has written to the airport’s chief executive Dick Benschop with a list of demands and a deadline, and accuses the airport group of ignoring the chaos and shortage of staff for too long. Benschop issued his apologies for the problems of the past few weeks to reporters and on a television... More > 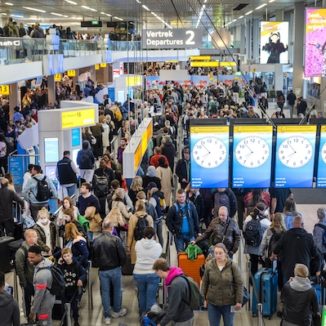 Schiphol airport is warning travellers that it will again be extremely busy on Sunday and they may have to wait outside the terminal building, after failing in its efforts to cut passenger numbers. The airport had been trying to get the number of travellers moving through the airport on Sunday reduced by 5,800 by asking airlines to cut flights. While KLM has cancelled some services, other airlines and tour operators refused, although Corenden did shift one flight to Rotterdam airport... More > 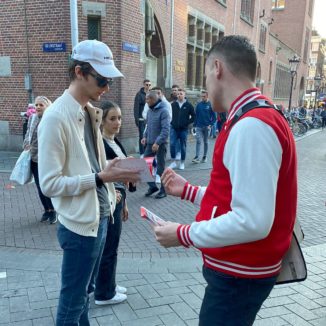 As tourists return in full force to the Amsterdam red light district, Amsterdam city council has met them with police action and a campaign warning visitors against street dealers. Over the Easter weekend, the city announced, 69 people were apprehended for breaking various drug and public order laws, and 54 were banned from the area. Almost half of the arrests were for selling fake drugs: 10 suspects will appear before judges in the short term, four have been fined, and... More > 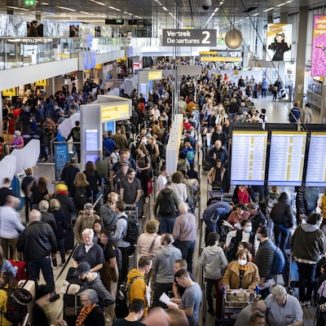 Dozens of flights to and from Schiphol airport were cancelled on Saturday morning because of a wildcat strike by KLM ground crew. The strike, on one of the busiest days of the year, led to long queues which reached outside the main terminal building. The A4 slip roads to the airport were also closed for a time as a safety measure. The strike ended in the early afternoon but the airport authority still urged passengers with a flight before 3pm... More > 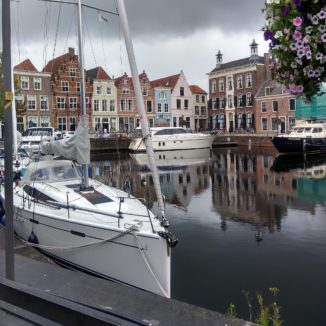 Dutch destinations: You should definitely go to Goes

Dutch destinations: You should definitely go to Goes

This 10th-century town in Zeeland gets its name from the nearby river, de Korte Gos and grew rich in the 12th century by extracting salt from peat in local swamps. Despite its small size – Goes is home to just less than 30,000 people – it offers plenty to do for a weekend. The Zeeland tourism board claims that from any place in the province, you can be on the water within fifteen minutes and Goes certainly meets that promise.... More > 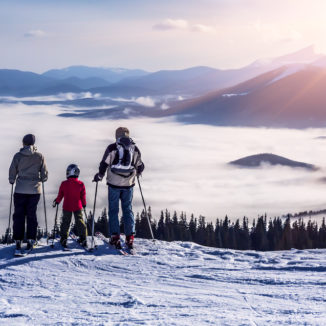 Austria’s health minister reportedly wants to impose 10-day quarantine restrictions on the residents of four countries including the Netherlands. This will mean, reports NOS, that Austrian ski holidays will be off limits for people who live in the Netherlands, Britain, Norway and Denmark. The quarantine rules are expected to apply to everyone, including those who are fully vaccinated and have had a booster injection. After five days, they will be able to take a PCR test and if negative they... More > 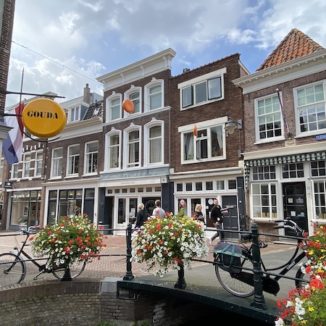 ‘Cheese’ is the first thing that might come to mind when you think of Gouda, but fear not if you’re lactose intolerant. The city is also famous for its pottery, stroopwafels, and smoking pipes in addition to its picturesque centre. Long before its now world-famous cheese market rolled out its curdy wheels for the first time, it was little more than a swampy marsh. The Van der Goude clan showed up in the Middle Ages to build a castle along... More > 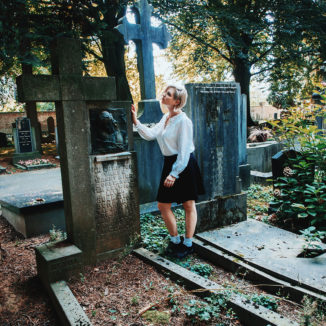 Dark tourists on a quest for the Netherlands’ nastiest narratives raises ethical questions about the commodification of some of the country’s most solemn sites. But condemning the practice without considering its context, say some, misses the point. Amsterdammer Claudia Crobatia has visited many cemeteries, but mostly as a tourist rather than a mourner. ‘It’s the closest you can get to the mystery of death itself,’ says the death awareness coach, who founded A Course in Dying in 2016 to help... More > 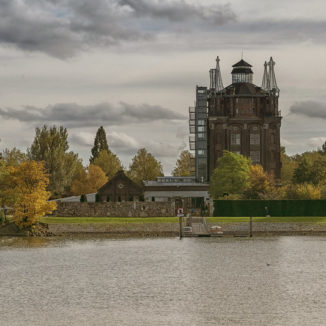 Dutch destinations: Dordrecht, or Dordt to the locals

Dutch destinations: Dordrecht, or Dordt to the locals

The inhabitants of the oldest town in the province of Zuid-Holland are known to some as ‘sheepheads.’ According to lore, to avoid paying an import tax on meat, two men dressed a sheep up as a man and attempted to sneak the animal through the city gates, only to be discovered when the sheep bleated. There’s a statue to the legend that you can see if you visit this island city.  Dordrecht was given city rights in 1220 by William... More > 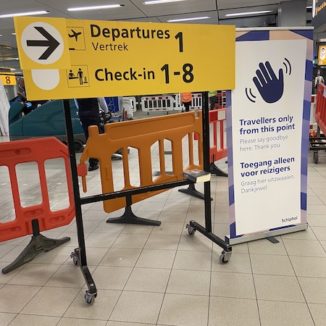 Some 72 small and medium-sized travel organisations are taking the government to court over what they claim is ‘inaccurate travel advice’. The travel organisations, most of which specialise in trips to one or a number of countries outside Europe, say that the amber colour code on the official government map should not apply to travellers who who have been vaccinated. The amber code which dominates the map means that anything other than essential travel is not recommended. ‘The current travel... More > 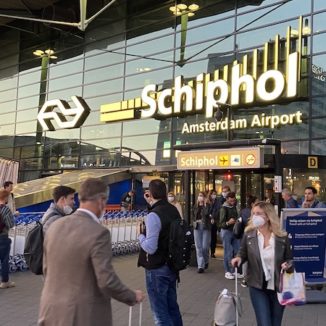 Free Covid testing for travellers comes to an end on Friday

Free Covid testing for travellers comes to an end on Friday

Travelers who are not fully vaccinated will no longer be entitled to free coronavirus tests from Friday October 1. The tests had been free during the summer months to ease the finacial burden on holidaymakers. Free testing was supposed to end on August 31 but was extended by a month because the government felt that not everyone had been in a position to get fully vaccinated and tests were still needed to go abroad. Travellers will now have to turn... More > 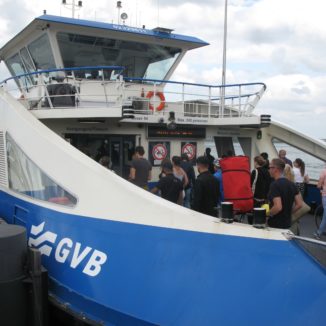 Controversial plans to bridge the IJ between north and central Amsterdam have gone to public consultation. Currently, 70,000 people a day use a ferry service to cross the channel, which is also traversed by 160,000 vessels a year. With predictions that the shipping channel will get ever busier, and more people will live in north Amsterdam and need to cross the IJ, the city has presented its plans to build two bridges and a pedestrian tunnel running north from Centraal... More > 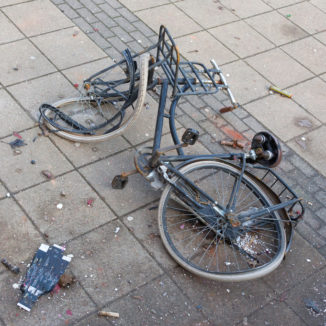 Three times more cyclists are seriously wounded in traffic accidents than the official figures record, reports Trouw. For some years, experts have questioned whether published statistics reflect all serious incidents, because they are only based on police reports rather than also including accident and emergency and ambulance data. According to Trouw, two provincial governments have asked the safety organisation VeiligheidNL to recalculate figures also including hospital and ambulance treatment after traffic accidents. In Friesland, the number of cyclist accidents rose... More >