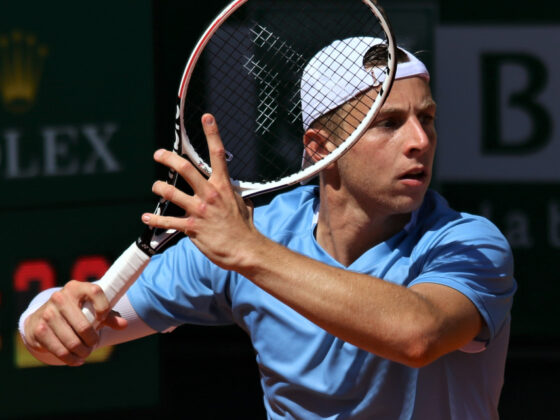 There will be a Dutch player in the third round of the Australian Open men’s competition after Botic van de Zandschulp and Tallon Griekspoor both won their opening matches to set up a second-round showdown.

Van de Zandschulp, the 32nd seed in the draw, repelled the Belarussian Ilya Ivashka in four sets, winning 6-3 3-6 7-5 6-3, while Griekspoor had too much firepower for the Russian Pavel Kotov, dispatching him in straight sets 6-3 7-6 6-3.

It is the first time since 2001 that two Dutch players have met in a grand slam tournament. On that occasion Jan Siemerink prevailed against Sjeng Schalken in five sets in the first round in Melbourne.

Van de Zandschulp, 27, said he expected an ‘interesting match’ on Wednesday against the in-form Griekspoor, who arrived in Australia on the back of his first ATP Tour tournament victory in India.

‘We know each other better than you sometimes know other players because we’ve trained together. We played each other last year as well, so I think it could be an interesting match.’

Van de Zandschulp prevailed the last time the pair clashed at the Winston-Salem Open in North Carolina. The players have also regularly teamed up for doubles matches.

Griekspoor, 26, said: ‘It’s nice for outsiders, but for me it’s a match like any other, only it’s against someone I know very well and have trained with a lot.’