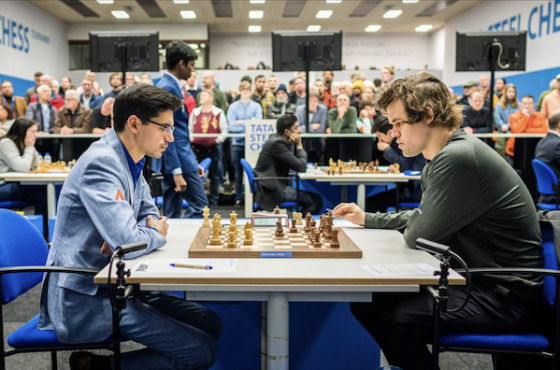 Carlsen, who won the tournament eight times and has been world champion since 2013, made a mistake which allowed Giri to go on the attack using both bishops.

It is not the first time Giri has beaten Carlsen. He first defeated the champion in 2011, when he was 16 and Carlsen 20, also at the Wijk aan Zee tournament. Tuesday’s win puts him fifth in the live ratings list and in joint lead in the championships with Nodirbek Abdusattorov.

Extra checks have been put in place at the tournament to prevent fraud, following an allegation of cheating made by Carlsen against 19-year old Hans Niemann in September last year, The use of mobile phones and internet watches had already been banned.

The affair sparked a huge row in the chess world. Carlsen has so far refused to be drawn on the subject.