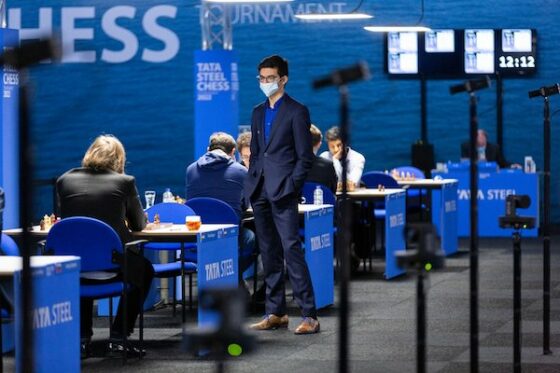 The Tata Steel chess tournament starts on Friday in the seaside resort of Wijk aan Zee and this year’s event will have extra measures in place to head off the risk of cheating.

Players will be scanned in advance of a game, games will be transmitted via internet with a 15 minute delay and a special Fair Play referee will be present in the tournament space, broadcaster NOS reported.

The measures follow the huge row sparked by allegations of cheating made by world champion Magnus Carlsen against 19-year-old Hans Niemann last September.

‘That caused a gigantic upset, even though cheating was always a threat,’ tournament director Jeroen van den Berg told the broadcaster. ‘But this case is so explosive and had such a wide impact that you cannot act as if it did not happen.’

The use of mobile phones and internet watches had already been banned at the Dutch tournament.

Carlsen, who has been world champion since 2013, will be in Wijk aan Zee for the event, which runs until January 29. World number two Ding Liren and top Dutch players Anish Giri and Jorden van Foreest are also taking part.