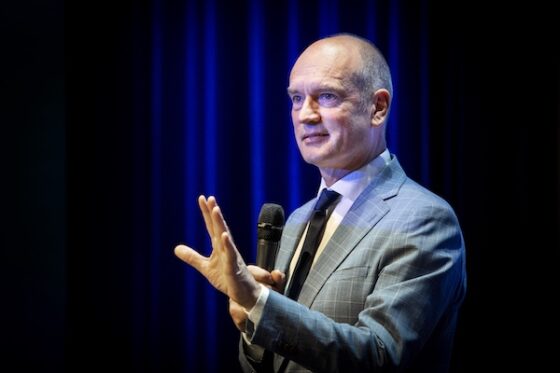 Gert-Jan Segers, leader of the minor Christian party ChristenUnie, is stepping down as MP and party leader.

Segers, whose party has five MPs and is junior partner in the current four-party coalition, told CU members in a letter that after 10 years, he had had enough. He will be succeeded by deputy leader Mirjam Bikker.

Segers, 53, said that his time in parliament had been good but that the role of MP is ‘a super heavy job which asks much of your nearest and dearest’. Politics is ‘voracious’, he said. ‘I have given it what I had to give,’ he told MPs.

He is also known to have been uneasy about the harder line on refugees drawn up by the cabinet following the housing crisis in Ter Apel.

Rutte said in a reaction that he looked back on their alliance ‘with much warmth’ and said parliament was losing ‘a political anchor’.

Segers’ last day in parliament will be on January 24. He told the NRC in a farewell interview that he does not know what he will do next.

Several MPs, such as Esther Ouwehand from the pro-animal PvdD have recently taken time off or quit, citing the pressure of the job.