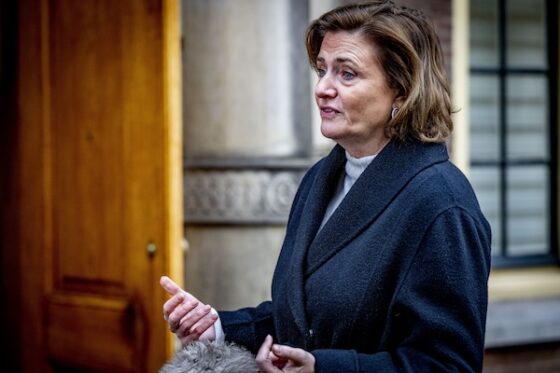 Social affairs minister Karien van Gennip has pledged to take action to improve the housing and working conditions of people coming to the Netherlands from the rest of the EU to do manual labour in agriculture, slaughterhouses and distribution centres.

The current situation is ‘not worthy of the Netherlands’, Van Gennip said during a debate on her ministry’s budget this week. In particular, she said, the ‘value of labour’ must increase. If that means higher prices for products, so be it, the minister told MPs.

By demanding better quality housing, fewer staffing agencies and making sure foreign workers have proper health insurance it will be more difficult for employers to draft people in from elsewhere, the minister says.

Legislation introducing a certification system for staffing agencies will be introduced next year, but critics argue this does not go far enough. Instead, they say, staffing agencies should be fully licenced, as recommended two years ago in a major report.

Last month her ministry’s chief inspector called for a rethink on Dutch economic strategy, telling the NRC in an interview that employers are able to increase their profits using cheap labour, but the social cost – the pressure on scarce space, housing and schools – is being picked up by society.

Without limits, or targets, for population growth, employers will continue to bring in workers to do certain jobs because successful economies like the Netherlands and Germany are ‘magnets for migrant labour’, Rits de Boer told the paper.

Distribution centres, slaughterhouses and greenhouses are all reliant on low paid personnel and staffing agencies are actively recruiting workers in central and eastern Europe, he said. ‘They come because the staffing agencies facilitate it,’ he said.

MPs from across the political spectrum have called for measures to reduce the influx of EU workers and a rethink on growth industries which require cheap foreign labour to function.

The government’s migration advisory council is currently working on a new report which looks at how many new arrivals the Netherlands can cope with and what the implications are if that level has been reached.

Meanwhile, The Hague’s employment chief Martijn Balster told broadcaster NOS that some workers are ‘renting’ a single mattress to sleep on for €150 a week.

He said it is high time to think about the way the Netherlands organises its economy. ‘Yes, even if it means tomatoes become more expensive,’ he said.

Not all are equal

‘Not all workers are equal in the Netherlands  and a whole different set of rules apply to foreign workers who are being fobbed off with lower wages,’ said economist Malgorzata Bos-Karczewska who is editor of Polonia.nl, a website for Polish nationals in the Netherlands.

Both employers and consumers are profiting from this state of affairs and think nothing of an economy based on exploitation, she said.

‘There is no “meet & greet” for these workers, just a backdoor to the slaughterhouses and the greenhouses,’ she said. ‘Where they spend the night is of no concern to consumers. All they know is they don’t want them as neighbours.’

It is high time, after 15 years of EU workers coming to work here, that Dutch become smarter, she said. ‘The era of cheap labour is coming to an end and this country should develop a sustainable agenda for the future.’