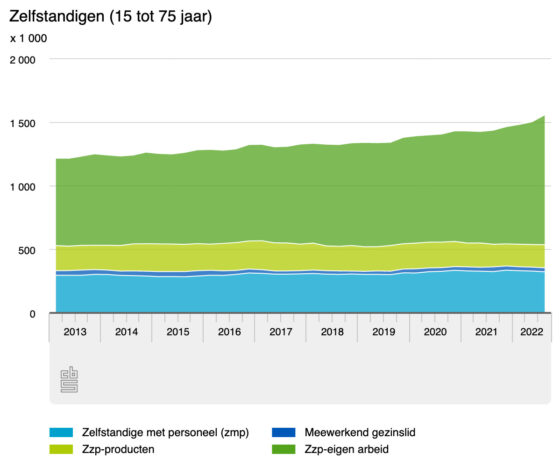 Self employment by type: with personnel, traders, family members and freelancers

The increase was biggest among people working in the care services, such as social workers, psychologists and medical specialists, national statistics agency CBS said on Thursday.

The third quarter also saw an increase in the number of people in traditional jobs – their number grew by 144,000. Two thirds of them had a permanent contract, and the rest were on temporary or flexible contracts, the CBS said.

The official Dutch unemployment total fell slightly to 364,000 in November as the working population topped 10 million for the first time, taking the jobless rate to 3.6%.