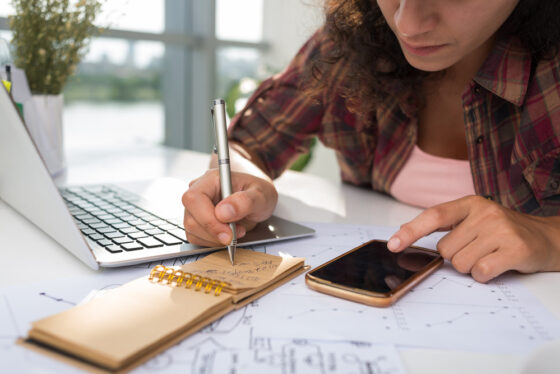 Freelancing is no longer a smooth way to make your money in the Netherlands. New requirements, fewer benefits and a raft of other regulations aim to reduce the popularity of self employment, affecting the working lives of well over one million people.


Freelancers are a group that is far more diverse than you might assume. They include everyone from translators and consultants working from their home offices to hairdressers at your local salon, parcel and food delivery workers, and even builders.

Companies like them because they are cheaper to employ, and little wonder then, that their numbers are also on the rise. Roughly 1.8 million workers are classified as self employed or zelfstandig zonder personnel in one way or another the Netherlands and that total has increased steadily since 2003.

While many enjoy the freedom and flexibility of freelancing life, there’s no doubt that it’s difficult. Along with attracting clients and trying their best to keep them, they often have to serve as their own accountant and tech support, too. If their laptop breaks, they can’t just call someone for help down in an IT department like the average office worker.

Clients can ‘ghost’ them at any moment and sometimes getting invoices paid can be an outright nightmare. They also don’t receive paid time off for holidays or if they get sick and the unpredictability of their annual income often makes saving for retirement difficult.

But this comes with the territory and freelancers all around the world face many of the same snags. However, in the Netherlands, they must keep on top of regulations that are significantly more complicated than the ones they’ve likely encountered elsewhere.

‘If you compare the Netherlands to other countries, we have a different setup for freelancers,’ said Jos Kraaijeveld, a partner from Cappon Tax who regularly advises self-employed people on setting up in business.

‘Most of the people who come here to set up their sole proprietorship or ZZP status assume that it’s more or less the same as the country they just left. From that perspective, they come in naive, maybe that would be the right word for it. They assume they can use the same setup.’

In the United States, for example, the average freelancer only has to file taxes once a year. Here in the Netherlands, they must file quarterly reports with the tax office outling the revenue they’ve accumulated from their clients for VAT (value added tax) and make a payment.

They may also have to pay a voorlopige aanslag, a relatively new policy that requires many freelancers to pay their annual income taxes over a year in advance based on estimates calculated by the Belastingdienst.

Freelancers also have to pay the ’employer share’ of health insurance on top of their regular premiums.

And then there’s the KvK.

Many freelancers have expressed their frustrations with the KvK, the Dutch Chamber of Commerce. The organisation has sold their private information to outside agencies that include direct marketing firms, a scheme that netted the KvK over €3.3 million in the six years leading up to 2020.

While the KvK claims the practice is widely misunderstood, has undergone recent policy updates to protect private information, and is even beneficial for freelancers, many beg to differ. Complaints about unwanted sales calls are common.

‘I am on all possible no call lists,’ said Kristóf Hajós, an Amsterdam based singer and songwriter. ‘Still I had these energy companies calling daily with ‘good deals’. I was proud to have worked out the perfect answer; that my bills are being dealt with by the landlord, so they need to contact them, but it was still annoying. Also, my address was made available online, not my phone number, but they got it too, probably through data sales by the KvK.’

While many freelancers only have to worry about pesky telemarketers, others have expressed fears that they’ll be harassed or stalked. ‘Susan’ (not her real name) is a freelance designer, editor, and translator who expressed similar concerns.

‘I can no longer use my real name online because the KvK won’t hide my address from my de-registered business,’ she said.

Susan said this now impacts the projects she chooses. ‘It’s just a worry so far, but it has made me not want to keep working on a personal passion project that has the potential to draw an audience of slightly weird people,’ she said. ‘I’m a little scared of what could happen if they got their hands on my address.’

Concerns like these have led journalists, writers, artists, and others to urge the Dutch government to intervene and prevent the KvK from sharing the private information of ZZP’ers like them. Many have reported incidences of harassment or worse.

Writer Lale Gül’s home was broken into back in 2021 after she received death threats following the publication of a book she authored that criticised strict Turkish and Islamic traditions. Around the same time, journalist Nadia Bouras found a threatening message on the front door of her home stating she was ‘under surveillance’ by a group of far right critics dubbed Vizier op Links.

Despite these incidents, the private details of thousands of ZZP’ers are still available on the KvK’s Handelsregister or can be found via a quick Google search.

If a hefty bill from the Belastingdienst or random visits from harassers weren’t enough to worry about, ZZP’ers have become something of a scapegoat for the nation’s leaders in recent years.

King Willem-Alexander said that ‘permanent jobs should be the norm’ in his annual Budget Day speech in September and Dutch lawmakers have devised a recent string of increasingly strict policies for freelancers with the aim of tackling ‘pseudo self-employment’.

Unions have also resorted to the legal action to tackle the prevalence of self-employment at so-called platform companies like Uber and Deliveroo, and in several instances, the courts have ruled drivers and delivery riders should be considered regular employees.

In effect, freelance advocates argue, a few thousand low-earning freelancers who probably should be employees are the focus of hasty measures, which means all freelancers are stuck with decisions that will affect their business.

‘It is true that the sentiment towards ZZP’ers is getting more and more negative and that the call for restrictive measures towards ZZP’ers are getting louder,’ said Cristel van de Ven from Vereniging Zelfstandigen Nederland, a freelancing advocacy group.

The zelfstandigenaftrek, a tax deduction for freelancers, is being reduced drastically and is set to drop down to a mere €900 by 2027. Freelancers will also have to start paying tax on revenue they’d previously been allowed to set aside, tax free, for retirement through a policy usually referred to as the Fiscal Retirement Reserve (FOR) in English. These are just some of the crackdowns Dutch lawmakers have planned.

‘The Dutch government and tax authorities are closing the loopholes and benefits that already exist,’ Kraaijeveld said. ‘All of this makes it less and less interesting to be a freelancer.’


There are several reasons why Dutch authorities are devising these regulations. They could help bolster tax revenue and discourage workers from ditching full-time employment in favour of becoming part-timers or ZZP’ers as the country faces an ongoing labour shortage.

Others claim freelancing is chipping away at the job security of workers with permanent contracts and something must be done to stop this.

Many also argue that freelancers are being exploited by their clients, they’re underpaid, and they won’t have enough savings to retire when they reach old age or if they get sick.

Van de Ven says the reforms will definitely make the self-employed less financially secure, especially as the Netherlands nears a possible recession in 2023.

‘On the one hand this means a higher tax burden for freelancers while on the other hand they also face the consequences of high inflation and the rising costs of energy,’ she said.

Other plans in the pipeline include requiring lower earning freelancers to take out compulsory disability insurance which is currently prohibitively expensive for most.

‘The biggest challenge for freelancers is to deal with the financial crisis without government aid shortly after the coronavirus crisis,’ he said. ‘Before the coronavirus  period, the average self-employed person had built up more capital than an employee, including his pension capital.’

‘This ability has disappeared like snow in the sun for a large group of self-employed people,’ he said. ‘Now the question is whether they will survive the crisis of high inflation, rising interest rates, and the rapidly increasing number of bankruptcies.’

Yet despite the problems and increased regulation, many remain unwilling to hang up their freelancing hats and go in search of more conventional day jobs. Visser says it is still worth it to freelance, but is worried that government plans will make it less so in the near future.

‘This would mean the end of many freelancers because the requirements are so high that you no longer have a financial buffer to be able to work flexibly,’ he said.

‘They want freedom to work how and when and where they want to and for clients they want to work for,’ she said. ‘That is their primary motive. Inflation and the increasing cost of living are, in the end, the same for everybody.’