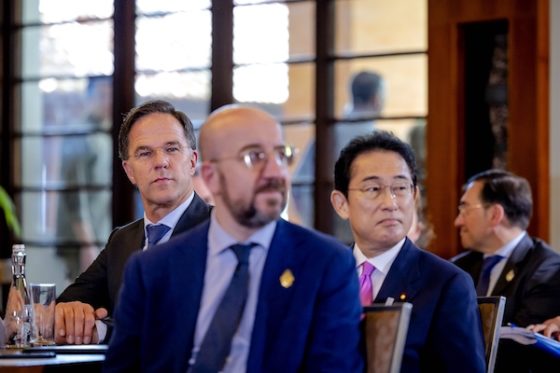 While Poland is still trying to determine who is responsible for the two deaths in a Polish village on Tuesday, Dutch prime minister Mark Rutte has said that it is ‘quite clear’ the incident would never have happened without the ‘terrible rocket attacks’ on Ukraine.

Rutte and other world leaders discussed the situation in Poland during the final day of the G20 summit in Bali on Wednesday morning. ‘We are united in our message that we first need to establish the facts and therefore support Poland’s investigation,’ Rutte said.

Early indications suggest the weapon that landed inside Nato’s borders was Russian-made, but had been used as part of Ukraine’s air defence systems, the Guardian reported. This has not been confirmed.

‘We continue to support Ukraine in its defence against the Russian aggression,’ Rutte said.

Dutch foreign minister Wopke Hoekstra was in Ukraine when Russia unleashed a barrage of missiles at different locations across the country on Tuesday. He was forced to take cover in an air raid shelter for a time.