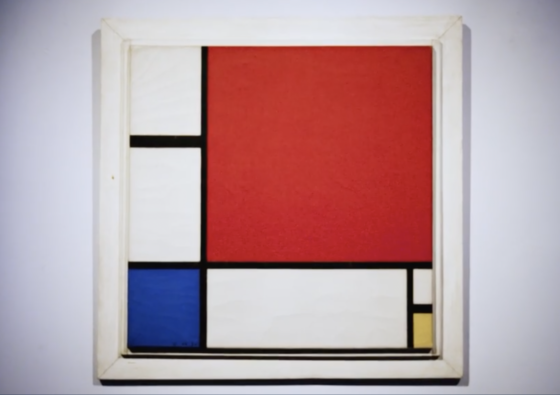 A still for the promo video for the sale. Image © 2022 Mondrian / Holtzman Trust

It is the highest figure ever paid for a Mondrian, Sotheby’s announced on Twitter. The new owner, who was not named, is thought to be an Asian collector.

Composition No. II was painted in Paris where Mondrian was exploring the grid paintings in primary colours that were to make him famous.

The last time the painting came up for auction, in 1983, it fetched $2.15 million, which was a record then. Other works by Mondrian have since joined the big league prices offered by investors, with his Compositie III met rood, blauw, geel en zwart sellling for €44 million in 2015.

One of Mondrian’s most famous works, Victory Boogie Woogie, was preserved for the nation when it was bought by the Dutch national art fund in 1997. Propped up by the national bank and a government subsidy, the unfinished painting was bought for 82 million guilders (roughly €40 million).

As with the purchase of Rembrandt’s Standard Bearer, bought last year for €175 million, €150 million of which was contributed by the state, this led to some political commotion at the time.

This year a comprehensive biography of Mondrian by Hans Janssen was translated into English. Piet Mondrian: A Life meticulously documents the painter’s journey from figurative to abstract painting, and what inspired him on the way.