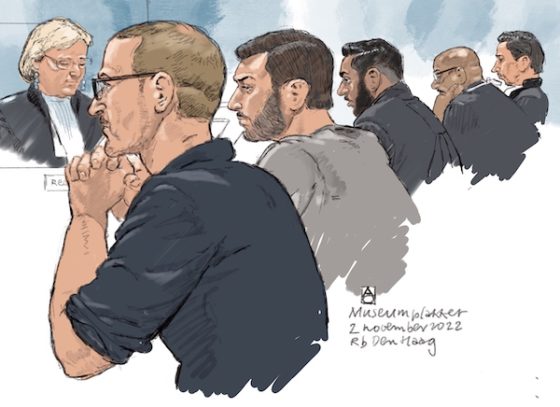 Two of the three Belgian climate activists involved in an attack on Vermeer’s Girl with the Pearl Earring at the Mauritshuis in The Hague last week have been jailed for two months, one suspended, at a fast-track court hearing.

Wouter Mouton (45), who glued his forehead to the glass of the painting, and Pieter G. (42), who filmed it, will have to serve their sentences immediately.  The magistrate said she feared that they would offend again if allowed out pending any appeal.

The third man, who did not agree to a fast track hearing, will go on trial at a later date. He glued his hand to the wall next to the painting and gave a statement about why the action was taking place.

Mouton, who has a long history of activism, told the court he was fully responsible for the action and that he knew the actual painting would not be damaged because he had made sure in advance that it was completely covered by glass.

G had claimed he was unaware what would happen and had gone alone purely as a ‘journalist’.

The judge said the stunt had been shocking. ‘Everyone can imagine the fragility of such a painting and the fact that it could have been lost if it had gone wrong,’ she said.

The painting was unscathed in the attack but a back panel, the glass and part of the frame were slightly damaged, with the repairs put at €2,000.

The public prosecution department had said the duo should be jailed for four months two suspended, with immediate detention.