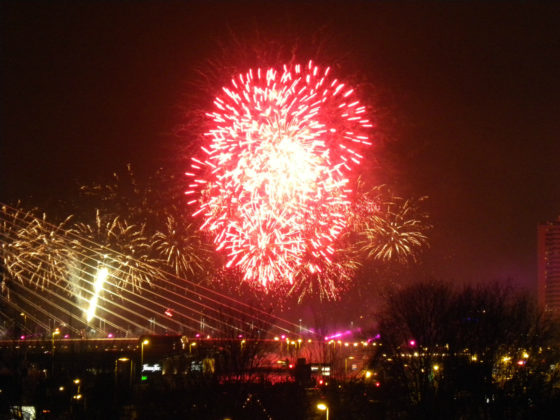 Amsterdam, Rotterdam and Haarlem are among the 12 Dutch city and towns which are banning their citizens from setting off all but children’s fireworks during the New Year festivities, broadcaster NOS reported at the weekend.

NOS asked 223 local authorities about their plans, and found that 12 are introducing a total ban, two more are considering doing so next year and around 10 plan to do so in the future.

The cities will allow sparklers and other small fireworks which are sold all year round and in Amsterdam, for example, professional firework shows will get the green light. The city council is also planning a ‘spectacular’ event on Museumplein which will feature fireworks and a light show.

Fireworks were not allowed during the past two New Year celebrations because of coronavirus restrictions, although the ban was widely ignored. This year, for example, 773 people were treated for firework related injuries during the New Year festivities, according to public safety body VeiligheidNL.

Officially, Chinese firecrackers and rockets have been banned nationwide since 2020, as the government gradually restricted the availability of fireworks likely to cause damage and injury. Fireworks which are sanctioned may only be set off between 6 pm on December 31 and 2am on January 1.

The Dutch local authorities organisation VNG said in March that 65% of local mayors support a ban.