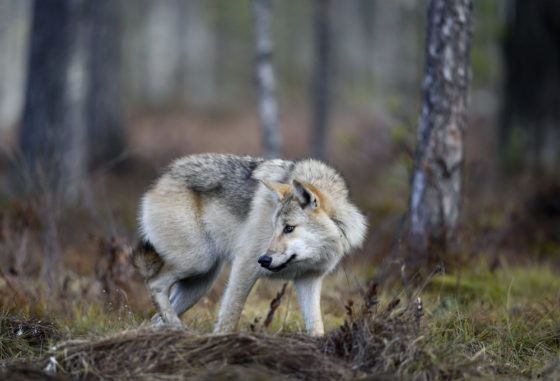 A seemingly tame wolf, which approached a 15-year-old boy in the Hoge Veluwe national park last weekend, is at the centre of a dispute between the park’s owners and animal protection foundation Faunabescherming.

The foundation has gone so far as to accuse the park’s management of deliberately taming at least one of its wolves because it is so ‘suspicious’ that one of these very shy creatures is approaching visitors.

The organisation has made a formal police complaint and has called for an investigation.

The park’s management has described the accusation as ‘too crazy for words’. The park has also published a warning about the wolf, thought to be about six months old, on its website.

At least one pair of wolves are known to have produced young in the park.

The park management have always been opposed to the arrival of wolves, claiming they eat the sheep and damage biodiversity. Officials have been prevented from removing the animals because they are protected but say they have now applied to the provincial government to have them removed.

Current regulations state that a wolf can be culled if it is classed as a problem animal, which could be the case if a wolf is approaching people.

Wolf expert Hugh Jansman told Nu.nl that the wolf’s behaviour is unique and has never been observed in places such as Yellowstone park in the US and in Germany.

Two young wolves in Germany have been spotted begging for food from cars but they come from a pack next to a military base where they were fed by soldiers, Jansman said.

Earlier this month, video emerged of around 10 photographers surrounding a young wolf in the Veluwe and taking pictures. Animal protection groups described their actions as ‘scandalous’.