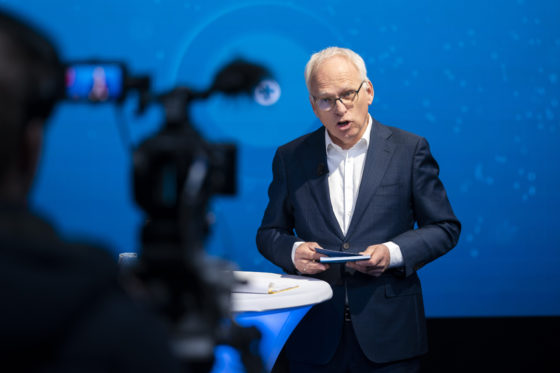 The appointment of Adema, 57, was confirmed on Monday, four weeks after Staghouwer decided he was ‘not the right person’ for the job after nine months in office. He was the first minister to resign from Mark Rutte’s fourth cabinet.

As agriculture minister his main role will be to draw up plans for the future of the farming industry, which is facing severe cutbacks to meet legally binding targets on nitrogen compound emissions.

The task of deciding which farmers – particularly in the livestock sector – will have to give up work and how they will be compensated, either through voluntary or compulsory purchases, falls to a different minister, Christianne van der Wal.

‘Farming has a future in this country,’ Adema said. ‘Yes, things will have to be done differently and most livestock holders, arable farmers, gardeners and fishermen know that and want it too. But they need clarity, reassurance and security for the future.’

Staghouwer was criticised by MPs in the summer for failing to spell out a clear vision for the future of the industry, while there were rumours he struggled to deal with resistance to his plans from within his department.

He complained of being sidelined within the cabinet, a feeling which intensified when troubleshooter Johan Remkes was appointed to lead talks between the government and farmers aimed at resolving their differences over the nitrogen targets.